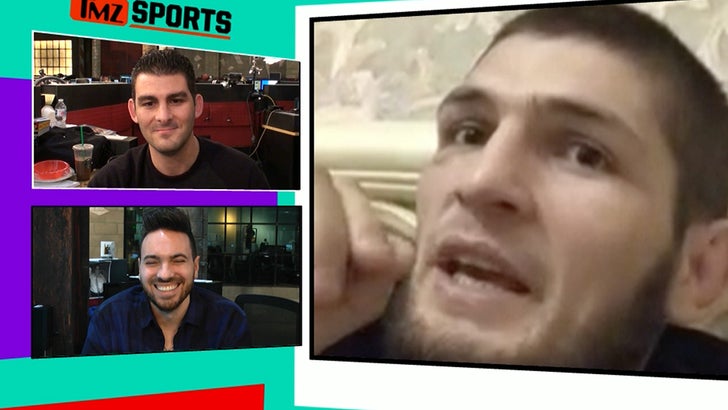 UFC superstar Khabib Nurmagomedov says he's not a DIVA like Conor McGregor -- and would fight the Irish superstar for ZERO dollars ... just to whoop his ass.

Khabib joined the guys on the "TMZ Sports" TV show (airs weeknights on FS1) ... and went off on McGregor after Conor trashed his homeland, Dagestan, on Twitter.

Backstory -- after Khabib smashed Edson Barboza at UFC 219, McGregor tweeted at Khabib -- "That Dagestani was dog sh*t the other night you's are all nuts. Game full of sloppy bums asking to be slept. Pay me my worth and Kings back."

You better believe Khabib took that personally ... telling us Dagestan has produced WAY more UFC victories than Irish fighters, so Conor should shut his trap. 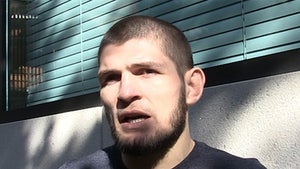 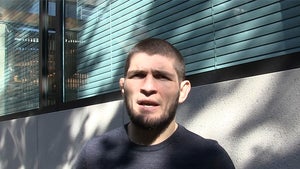