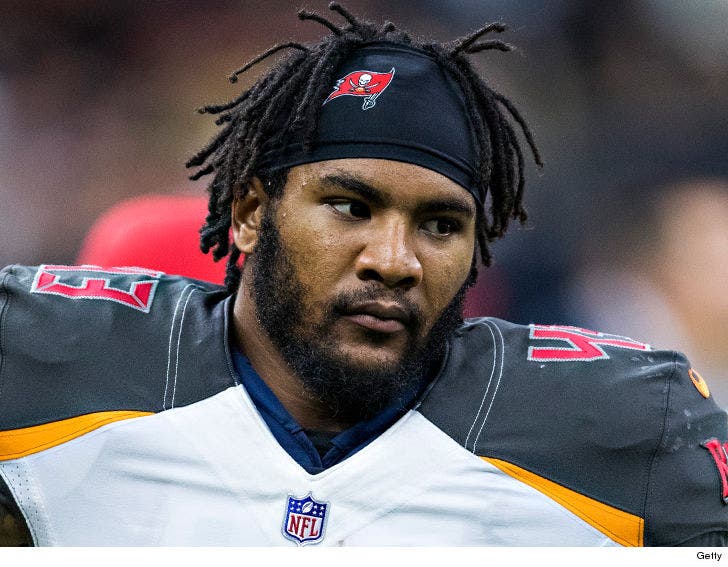 Tampa Bay Bucs star T.J. Ward just plead NOT GUILTY to felony drug possession stemming from an October incident ... when cops found the NFLer and a woman with nearly 100 grams of weed.

ICYMI -- cops responded to an active intruder alarm at Ward's apartment on Oct. 25th. When the police were given permission to enter the pad, they found Ward and the woman with 99.9 grams of ganja in plain sight on the coffee table.

An arrest warrant was issued on December 29th ... and Ward was arrested on Wednesday morning. Both were charged with felony marijuana possession.

Ward was released from jail on a $2,500 bond. If convicted, he's facing a maximum of 5 years in prison ... but we're guessing the judge ain't gonna throw the book at him for some weeeeeeed.