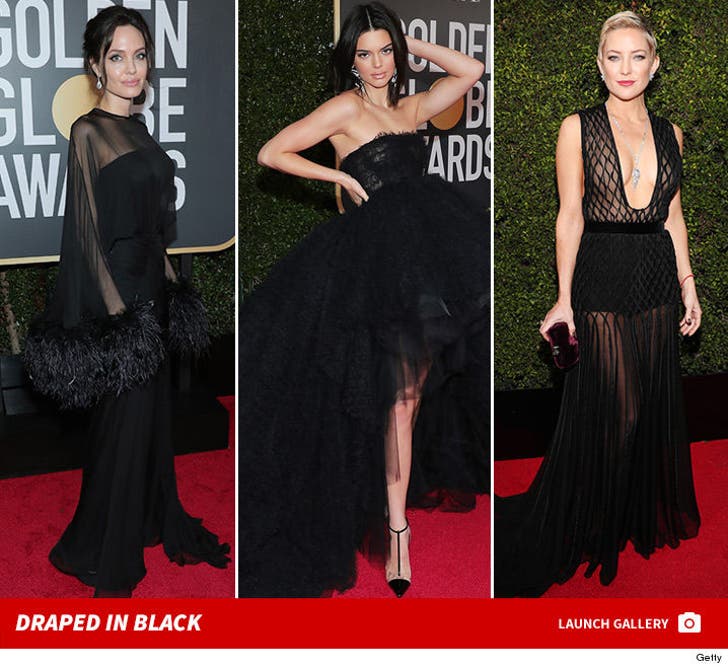 Lots of women in Hollywood are showing up in solidarity for the 75th Golden Globe Awards -- dressed in all black ... and appearing with activists, including the founder of #MeToo.

Scores of actresses and their guests left their hotels for the Beverly Hilton hotel draped in a variety of black dresses and outfits. 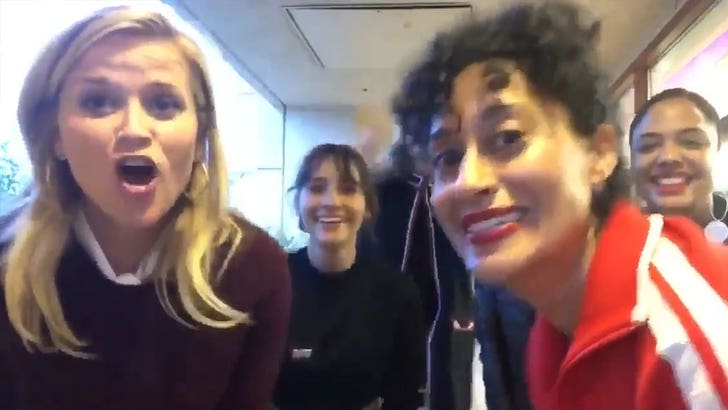 The blackout was staged as a protest of sorts, but it's also an effort to raise money for a legal defense fund for victims of sexual misconduct in the workplace. As of Sunday, the group had already raised upwards of $15 million, with a goal of at least $16 mil. 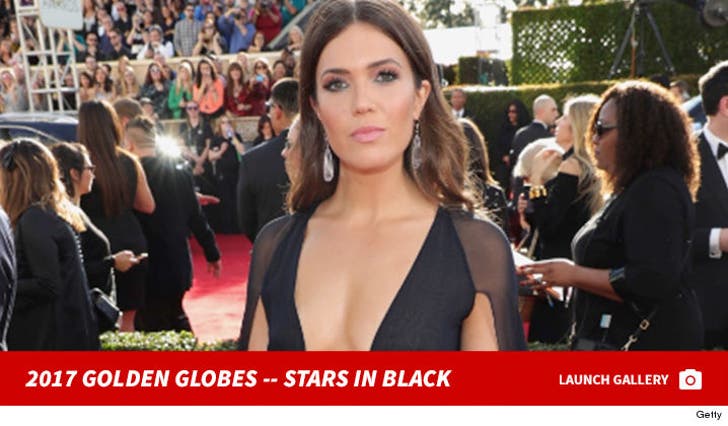 As we reported ... wearing black to the Golden Globes was a pretty common fashion choice prior to 2018. Unclear who wore black for what reason, aside from those in Time's Up.