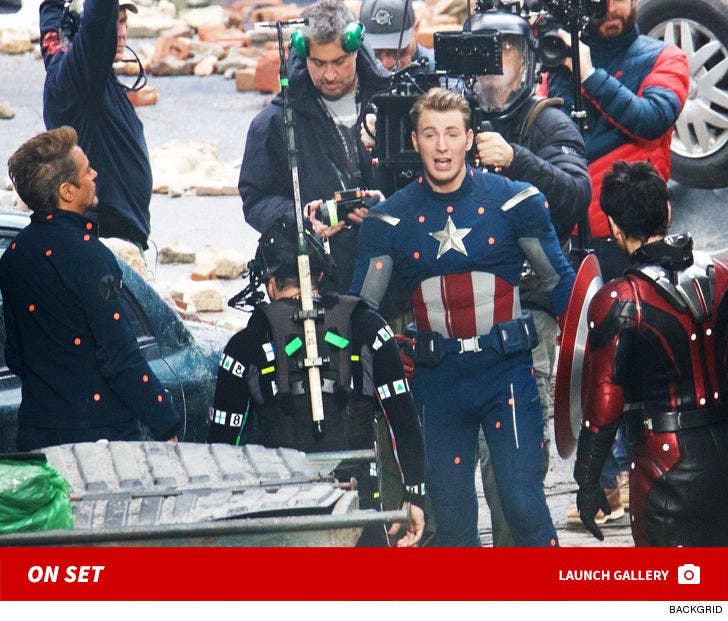 Buckle up, everyone ... it's about to get real nerdy.

Here's Chris Evans on set as Captain America, with his castmates, filming scenes for 'Avengers 4' ... and the pics might have just spilled the beans on a HUGE question about the fate of ol' Cap.

It's been widely speculated Cap bites it in "Avengers: Infinity War," with the honchos at Marvel promising that some of the main characters wouldn't survive the big showdown with Thanos.

Pictures from set would seem to indicate his character survives, since '4' will follow 'Infinity War' -- but maybe not once you take a closer look. Our TMZ nerds (we have many) pointed out Chris is wearing his ORIGINAL Captain America suit, which he ditched after the first Avengers movie ... meaning this scene is likely a flashback.

Also, his face is completely clean shaven of the bushy beard he sported in the 'Infinity War' trailer, making it less likely the version of Cap in the photos is a current one.

So, unless he shaved after his universe-deciding battle (plausible) AND went with a throwback uniform (less plausible) -- it SEEMS like Cap doesn't survive. Sorry for your loss.

Alternate theory: this is just one scene, and our TMZ nerds need to get a life. 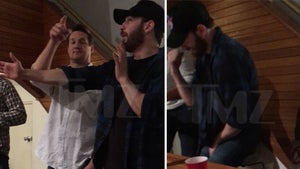