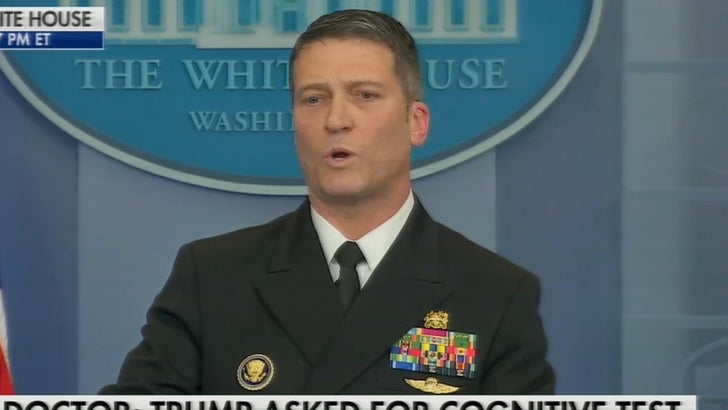 President Trump could stand to lose 10 to 15 pounds and he needs medication to control his cholesterol ... this according to his physician. 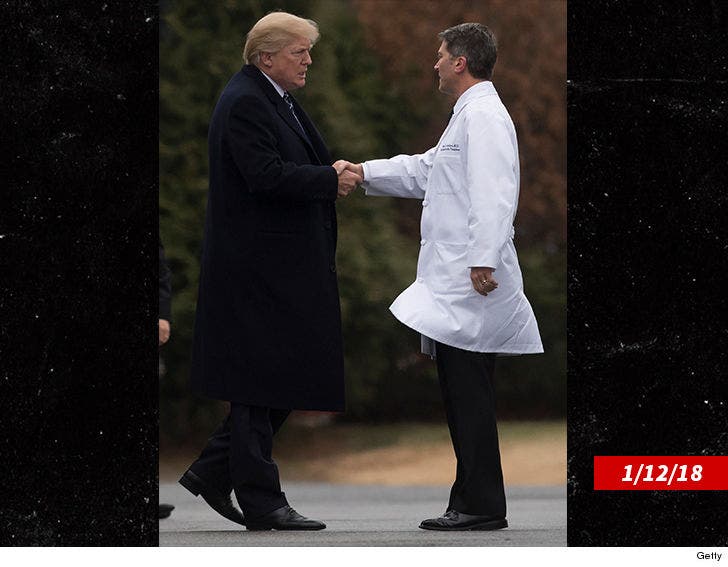 Jackson said Trump has a history of elevated cholesterol ... but he's taking Rx to control it. Jackson also said Trump's taking Propecia for his legendary and much maligned hair.

The doc said they talked about diet and exercise, but Trump was "more enthusiastic about the diet part."

Jackson also said the Prez does not wear dentures. As far as a psychological exam ... Jackson said the Prez did undergo a cognitive test per the Prez's request and the doc said he's all clear.

Jackson's adamant -- Trump is fit for duty, saying, "All clinical data indicates that the President is very healthy and he will remain so for the duration of this presidency." 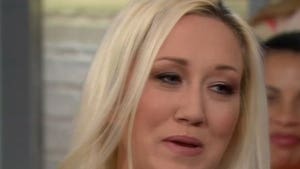