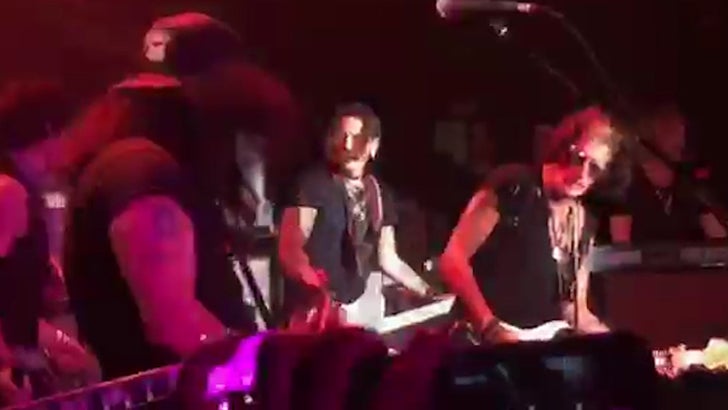 Q: What's better than Johnny Depp and Joe Perry jamming onstage together? A: Depp, Perry, Slash AND Duff McKagan shredding on stage together!

It happened Tuesday night at the Roxy on Sunset, where Perry was holding a release party for "Sweetzerland Manifesto" -- his first solo album in almost in a decade.

Johnny and Joe already jam part-time together in the Hollywood Vampires, but they've only played with the GnR rockers a handful of times. It was enough to get Gene Simmons and GnR drummer Matt Sorum out to the gig too.

Hot ticket for a Tuesday night on the strip! 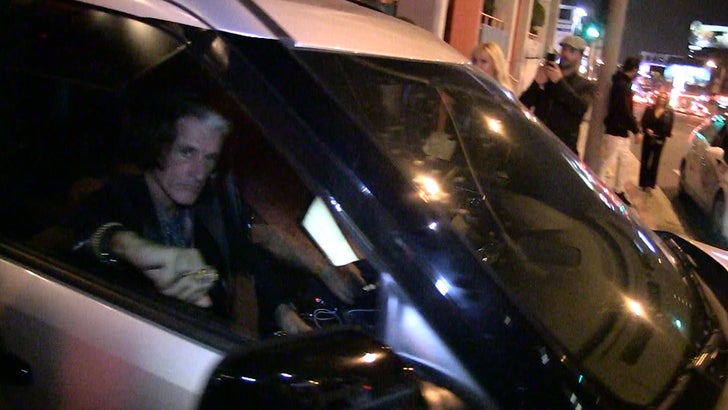