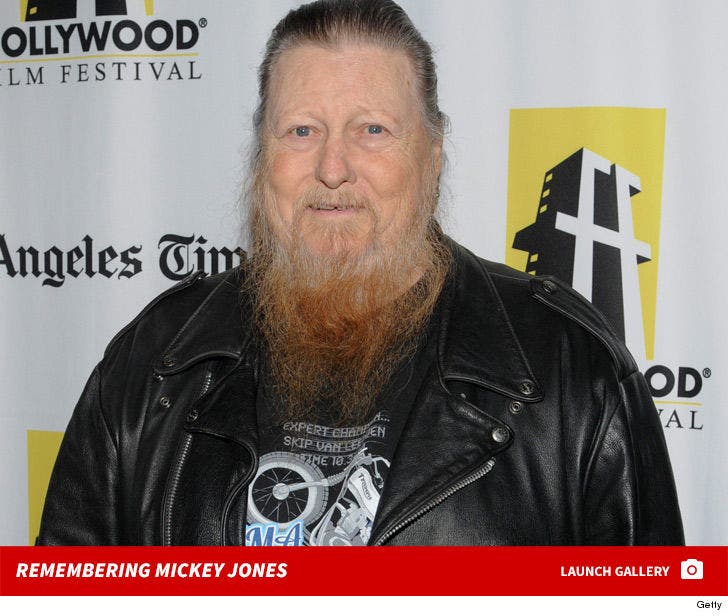 Actor Mickey Jones -- a regular on "Justified" and "Home Improvement," and a character actor in tons of huge movies -- has died ... TMZ has learned.

Sources close to the situation tell TMZ ... Mickey died at 2:17 AM Wednesday following a long illness. We're told the actor had been in and out of the hospital for the last few months. It's unclear what illness he was battling.

Mickey's been a hard working actor in Hollywood for over 3 decades. He's "that" guy ... whose face you've seen in 'MASH,' "Entourage" and "Bones." He also appeared in movies like "Total Recall," "Sling Blade," "Tin Cup" and many, many more.

He was also an accomplished drummer ... who used to play with Kenny Rogers. Mickey was 76.