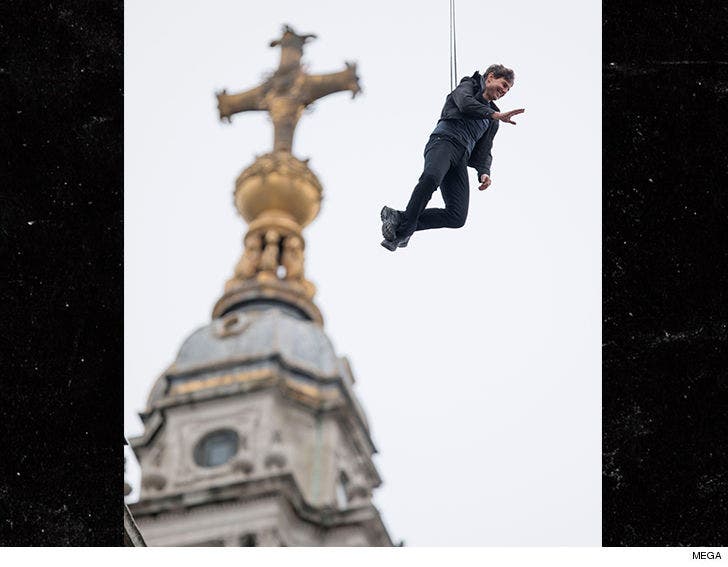 Tom Cruise was hanging around the set of "Mission Impossible 6" Saturday in London.

Tom was suspended in the air, near St. Paul's Cathedral, which stands 365 feet high. It use to be the tallest building in London until 1967.

Tom's had lots of problems doing his own stunts for the flick. Back in August he broke his ankle after making a jump, falling short and hitting the side of a building.

He's smiling in the photo, but based on other video that's been shot since the accident, it's pretty clear the 55-year-old actor is not fully recovered.

Cruise has insisted on performing many of the stunts in the "M.I." franchise himself, believing it makes the movie more dramatic and authentic.

We're guessing these days ... producers have been holding their breath a lot. 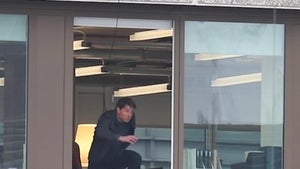 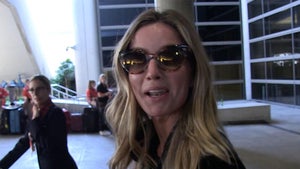