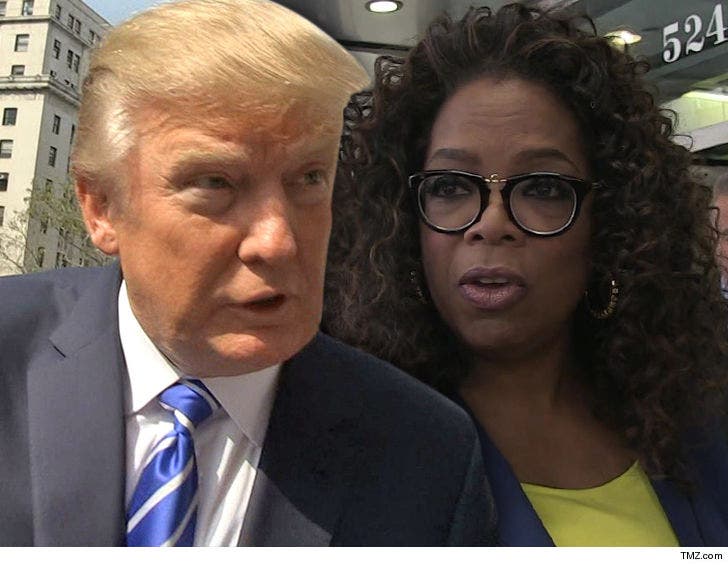 President Trump is ripping Oprah the journalist -- for her report on his first year in office -- but says he's looking forward to defeating Oprah the candidate.

Trump, apparently, changed the channel on his TV Sunday night just long enough to catch Oprah on "60 Minutes" doing a round table discussion with Michigan voters -- pro and anti-Trump. He wasn't impressed, and dismissed Oprah, who he used to know very well, as "insecure" ... and claimed her "questions were biased and slanted." 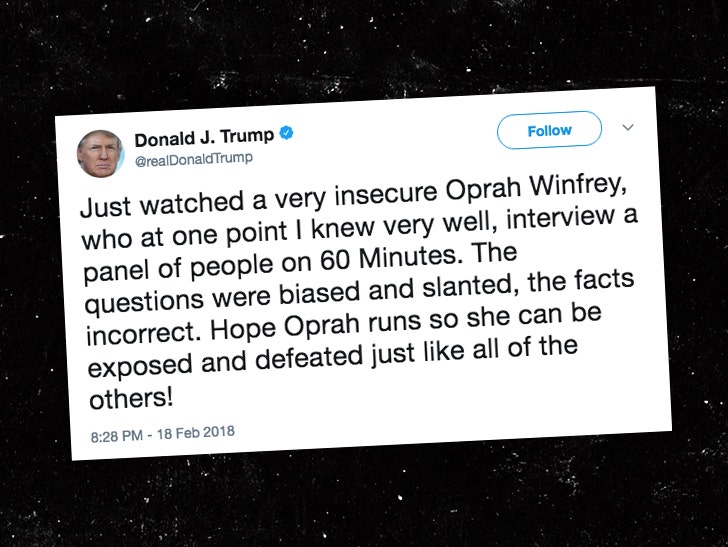 Trump added he hopes "Oprah runs so she can be exposed and defeated." Guessing he hasn't heard Oprah declare repeatedly that she's NOT running for Prez.

As for Oprah's report ... Trump's supporters definitely had their say. Maybe he didn't watch long enough.

Last fall, Oprah Winfrey spoke with 14 Michigan voters, seven of whom voted for Donald Trump. Winfrey sat down with the voters again to get their thoughts on Trump's first year in office. https://t.co/fvItU7cDJN pic.twitter.com/XLC09keC0k 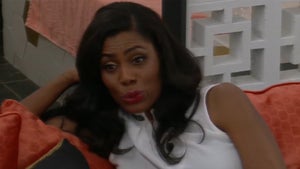 Brandi to Omarosa on 'Big Brother': So You Ever Have Sex with Trump?!!?