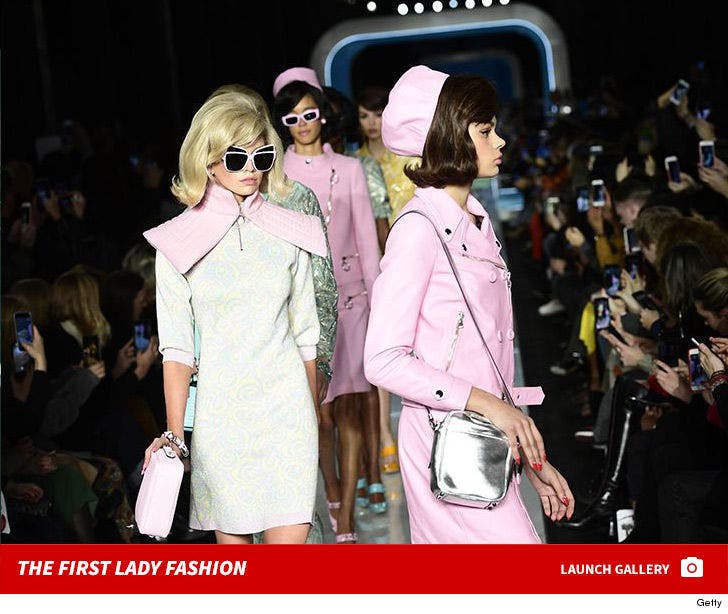 Jackie Kennedy was a fashion icon for the 3 years she reigned as First Lady, but Jackie imitators in the fashion world have chosen one specific outfit that has JFK's blood all over it.

Check out these models at the Moschino Women's Fall/Winter 2018/2019 Collection Fashion Show in Milan, Italy. 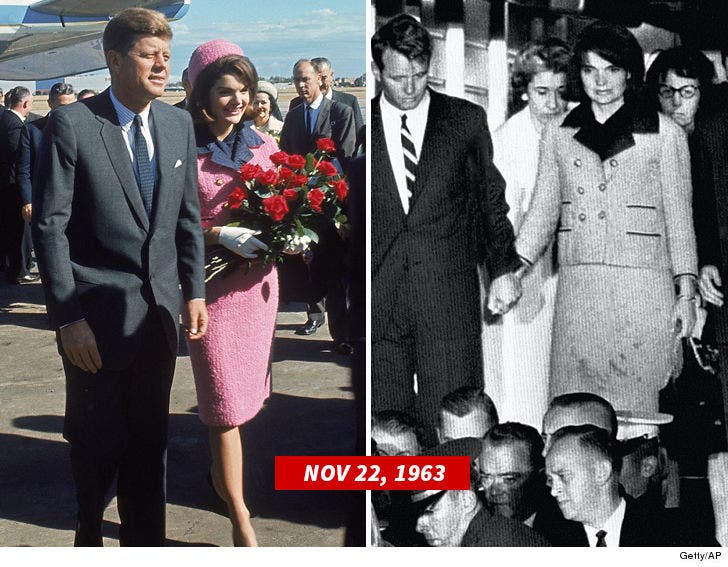 They're wearing knockoffs of the Chanel dress and pillbox hat Jackie wore in Dallas on November 22, 1963 -- the day her husband had his head blown off by an assassin.

The models may not even have had a clue as they walked the runway ... and, speaking of runways, Jackie wore the blood-stained dress as she accompanied her husband's body to a mortuary after Air Force One landed that night in Washington D.C.

Jackie later said she wore the dress to show people the horror of the assassination. 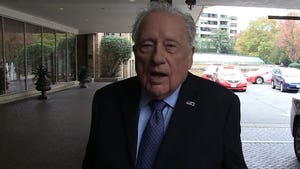 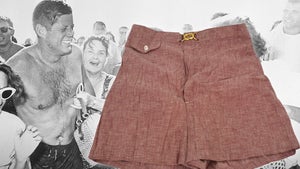