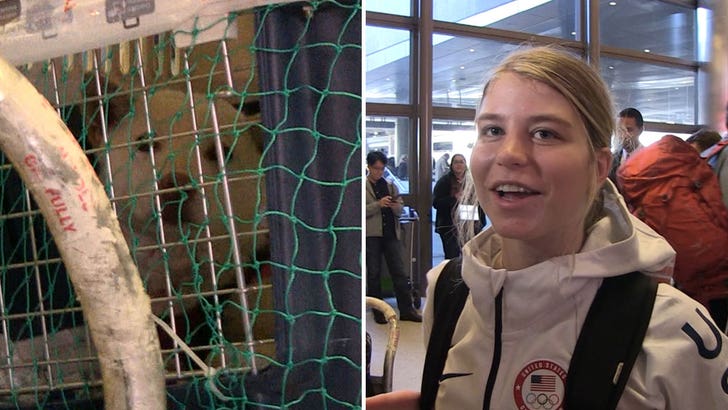 The cute, adorable doggie you're looking at was about to be SLAUGHTERED TO BE EATEN in South Korea ... that is, until U.S. snowboarder Maddie Mastro took action.

While the SuperPipe bronze medalist was competing in Pyeongchang -- she made it a point to go to the Korean meat farm to rescue a dog marked for a dinner plate.

FYI, harvesting dogs for meat still happens in South Korea and other Asian countries. So, Mastro and a bunch of Olympians made it a point to save as many as they could before heading home.

U.S. skier Gus Kenworthy set the dog-rescue record with 90 ... but Maddie and others are doing their part, too.

"I'm just grateful I get to help one out," Maddie told TMZ Sports.

You can tell Mastro has mad love for Plum (or "Jadu" in Korean) ... but it sounds like her fam's gonna have to find another home for the pup since they already got a full house. 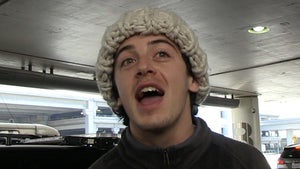