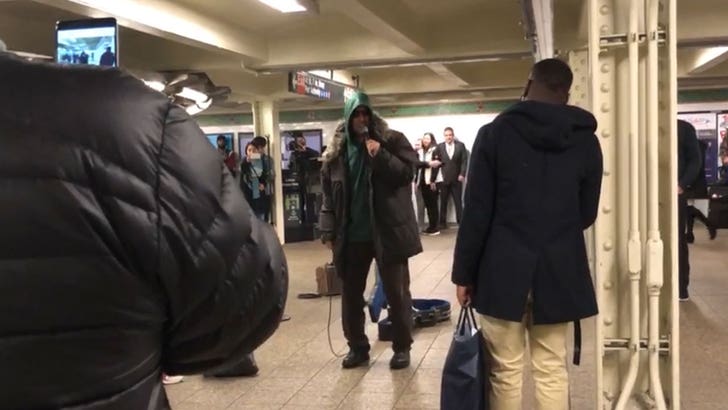 If you ever wanted to see Adam Sandler sing about his daddy f****ng his eye with his penis ... ya shoulda been riding the subway Wednesday night in NYC. Also, you're a little twisted.

TMZ got this video of Sandler doing his thing, kinda incognito in a hoodie and looking like your everyday subway tunnel busker. People clearly recognized his voice though as he busted out some new songs, including one about walking in on his parents having sex -- hence the penis in the eye thing.

The subway performance came right after he shot at Comic Strip Live ... part of his lucrative Netflix deal.

At one point he warned the gathered crowd -- "Scary s**t is coming." They stuck around anyway, even though it doesn't seem like they tipped him much.

We think he'll be alright with a reported $340 mil in the bank. 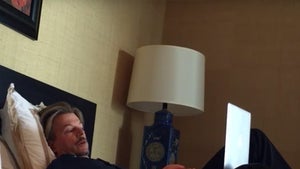 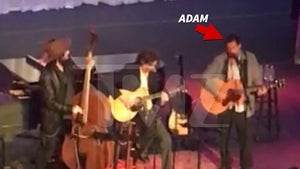