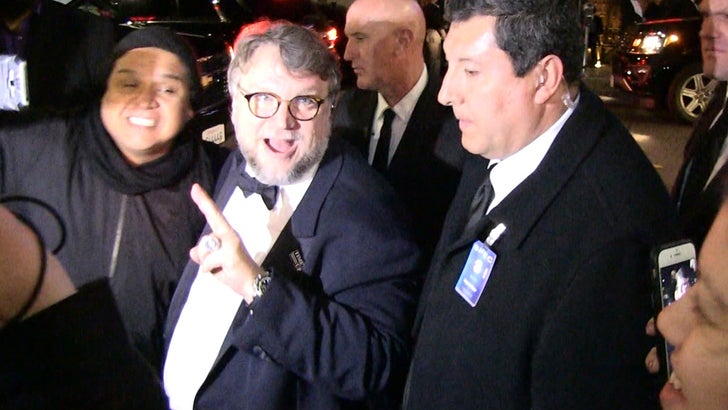 Guillermo del Toro didn't let his wins for Best Picture and Best Director at Sunday's Oscars go to his head as he hit the after-party circuit in Hollywood.

We got the 'Shape of Water' director heading into the 20th Century Fox & Fox Searchlight Party at TAO with his statues in tow. On his way out, the director wandered across the street to take pictures with fans, many of who were Latinos.

Del Toro is the fourth Mexican director to win in 5 years, and it doesn't sound like he's eager to hear Trump's views on that stat.