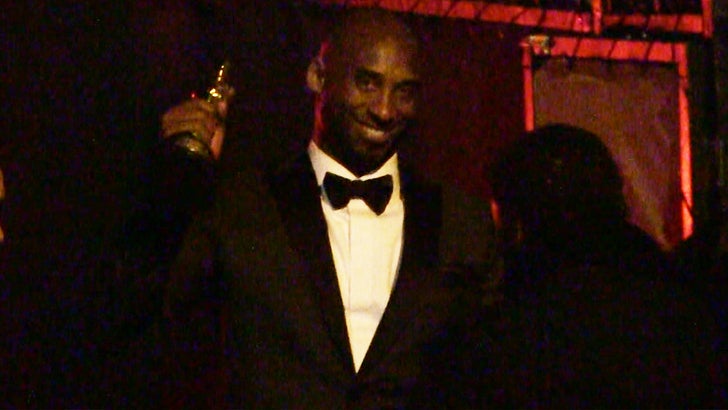 Kobe Bryant celebrated an amazing victory Sunday night ... winning an Oscar and, incredibly, the celebrities in the audience had a case of selective amnesia.

Kobe took home the Oscar for Best Animated Short Film for "Dear Basketball." The audience cheered Kobe ... some even rose to their feet for a standing O.

Interesting ... considering the majority of the audience were wearing Time's Up pins. You may recall -- although a lot of the people who came out after the ceremony didn't -- Kobe was arrested in 2003, charged and brought to trial for rape. The case fell apart when the alleged victim stopped cooperating with prosecutors. Kobe subsequently settled for a reported $5 million, though he denies paying her a cent.

Kobe was Teflon at the awards ceremony. Not so for Ryan Seacrest, who was shunned by some celebs even though he hasn't been sued, arrested, charged -- and was cleared by an E! investigation.

And James Franco was essentially exiled from the Oscars -- again not arrested, charged, nothing. 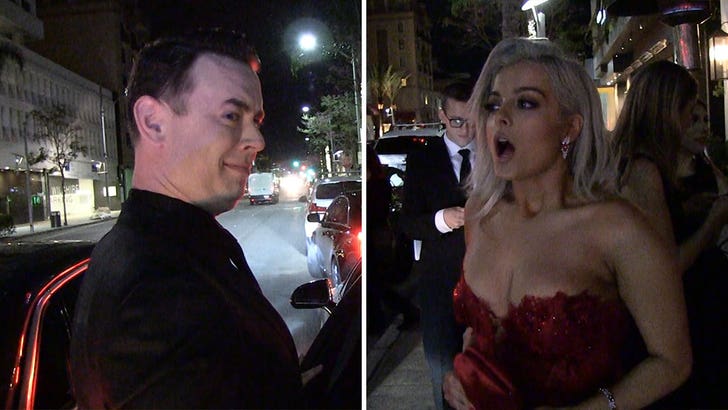 So, why did Kobe get a pass? We spoke with a bunch of stars including Shawn Mendes, Bebe Rexha, Colin Hanks and others who claimed they had no knowledge of his past. Some just made jokes.

Hollywood -- consistency not its strong suit.