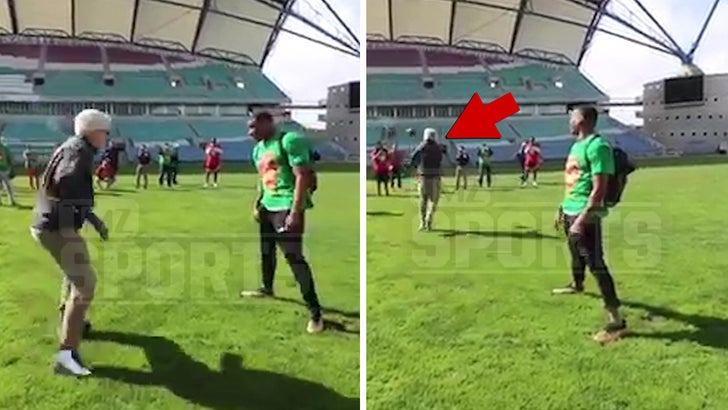 Chalk one up on the scoreboard for U.S. ambassador to Portugal George Glass, who managed to completely route L.A. Rams superstar defensive back Marcus Peters.

As we previously reported, several NFL players are in Portugal with American Football Without Barriers, and Glass has been accompanying the players throughout the country. So far Glass hasn't had it easy ... he got sacked by Marshawn Lynch earlier this week.

But Saturday it was different story when Peters and Glass squared up at Estádio Algarve on the country's south coast. Glass split left and burned Peters off the line inside on a slant route before Peters could even flinch.

Peters was recently traded to the L.A. Rams. Dude better work on his footwork before football season starts. 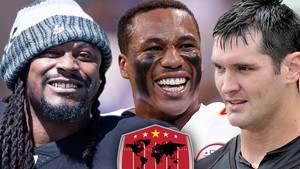