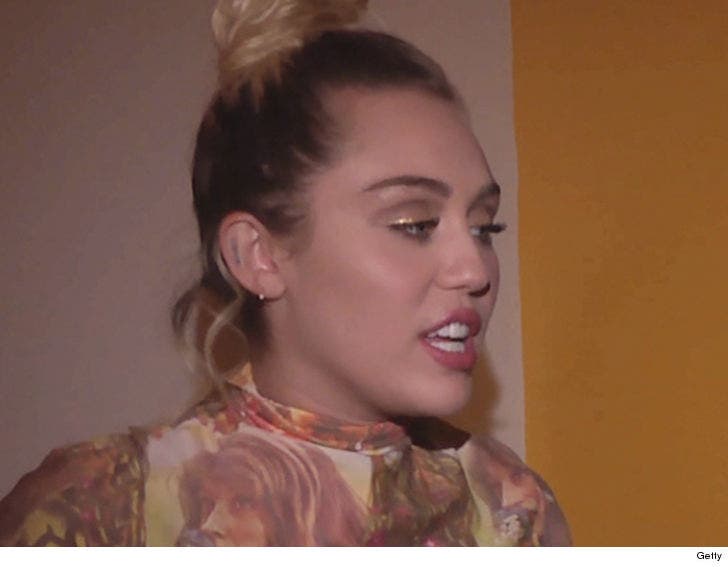 Miley Cyrus needs to stop making money off "We Can't Stop" ... according to an Jamaican dancehall artist who claims her hit would be nothing without his 1988 classic.

The singer from Jamrock goes by Flourgon, and in his lawsuit he says Miley's 2013 song borrows heavily from his tune, "We Run Things." Mind you, Flourgon's song never charted in the U.S., and it came out 4 years before Miley was born, but anyway ... here's his claim.

In the docs, Flourgon isn't saying Miley stole his music, or even a single line from his song. Instead, he says she jacked his "unique and creative lyrical phraseology in order to establish an overarching and pervasive theme ... in the realm of self-discovery and self-governings."

We'll try to translate. Mr. Flourgon seems to thinks Miley's declaration of not stopping ... is the same thing as him saying he runs things.

Hmmm ... listen to the songs, and decide for yourself. Flourgon is suing Miley and Sony to block further distribution, sales, and performances of "We Can't Stop" ... and, of course, for money.

They have really strong weed in Jamaica, right?