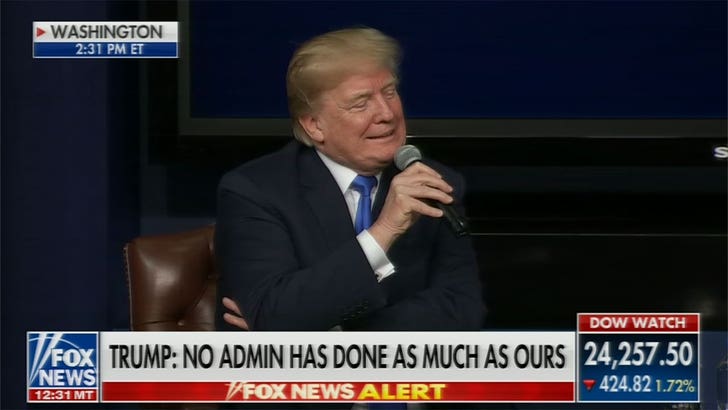 Donald Trump definitely has big regrets about being President, based on the advice he says he'd give his much younger self.

Trump was either joking -- or echoing the thoughts of at least half of the country -- during an interview Thursday at D.C.'s Generation Next Summit ... where he said he'd warn 25-year-old Donald not to run for office. The comment definitely landed with the audience.

Joke or not, POTUS made it clear he's yearning for the good ol' days when he got much better publicity -- which was the perfect segue to his fave topic -- fake news!