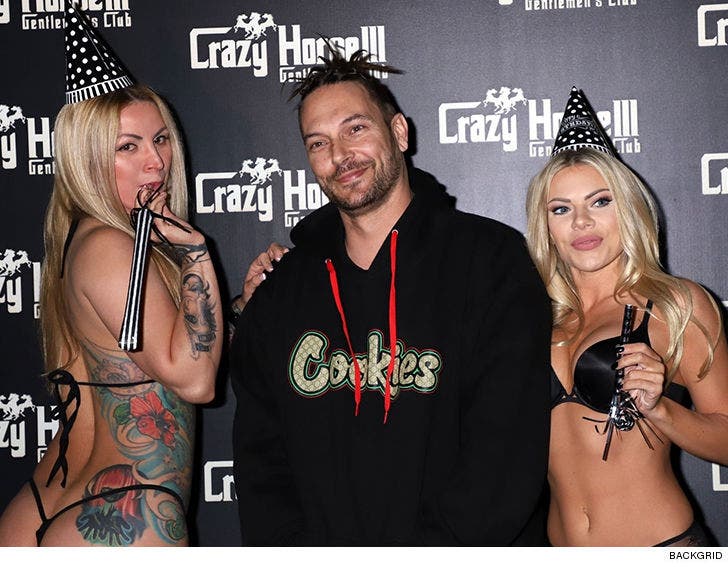 Kevin Federline took a break from his child support fight with Britney Spears to ring in his 40's ... at a Vegas strip club.

K-Fed celebrated the big 4-0 at Crazy Horse 3 Gentlemen's Club. He and wife Victoria Prince had their own V.I.P. area complete with bottle service. He also got down to business and did some DJ'ing during the party.

As TMZ reported, Kevin's making a hard play to up the child support he's getting from Britney, saying $20k a month doesn't cut it now that Jayden and Sean are getting older -- 11 and 12.

Britney's dad Jamie has asked Kevin and his lawyer for an accounting on how the $20k is spent, believing Kevin is either spending some of the money on his 4 other kids or just squandering it. It looks like the dispute may have to be resolved in court. 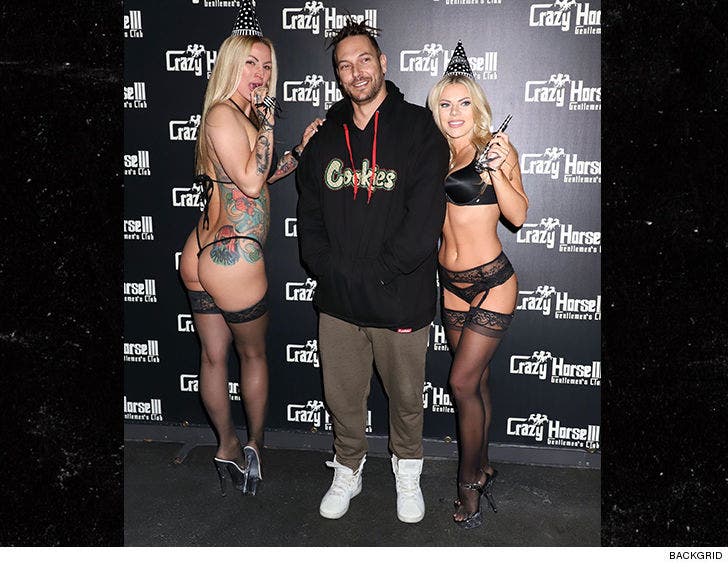 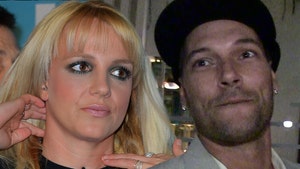 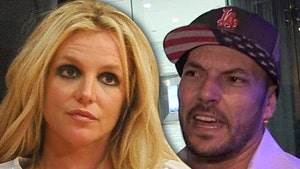