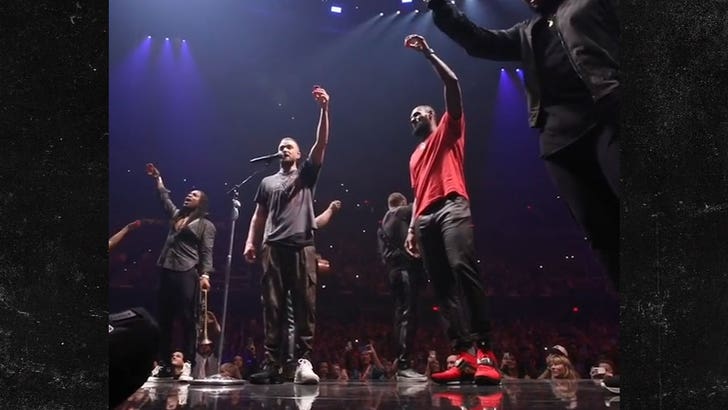 Justin Timberlake knows his audience, and the only thing that would make Cleveland fans go crazier than seeing him, is bringing LeBron James up on stage.

LeBron made a special appearance Saturday night at the Quicken Loans Arena, and he literally stopped the show. FYI ... it's the same venue where the Cavs play.

Seems like it was spur of the moment, because J.T. wrote on Instagram that he had no idea King James was going to jump on stage. Check out the video ... LeBron and Justin toast with small cups -- gotta be shots, right?

The booze appears to be a theme in J.T.'s "Man of the Woods" tour. He wrapped his first show in Toronto by handing out shots to audience members.