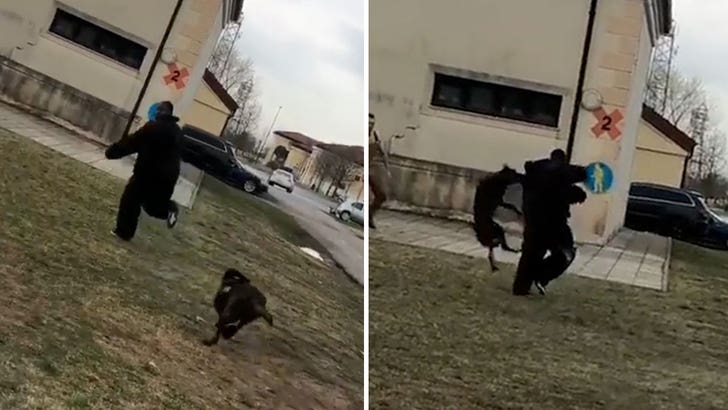 Here's your NFL savage hit of the week ... courtesy of a U.S. military attack dog that just BLEW UP Mark Ingram!!!

The Saints running back decided to go 1-on-1 with the dog during a USO visit with troops in Venice, Italy. Don't worry, Ingram was in full pads ... but dude still got dropped like a sack of potatoes.

Ingram tried bustin' out a spin move ... but nothing could save him from the K9 Ray Lewis, who took him airborne before slammin' him back down, HARD.

Before the dog sunk his teeth in, you can hear Mark screamin' for his damn life -- and we don't blame him. That was terrifying.

On the plus side, Mark got to sit back and watch the same pooch take out 300-POUND Falcons lineman Ben Garland.

FYI, Ingram, Garland and other NFL stars have more stops in Italy and Germany coming up as a part of the league's "Salute to Service." 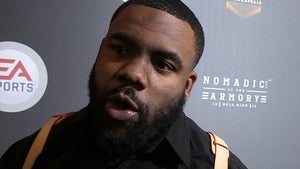 Mark Ingram Says Drew Brees Can Play Until 44, At Least 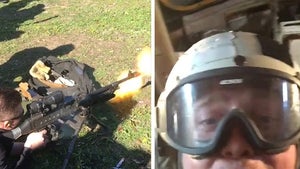