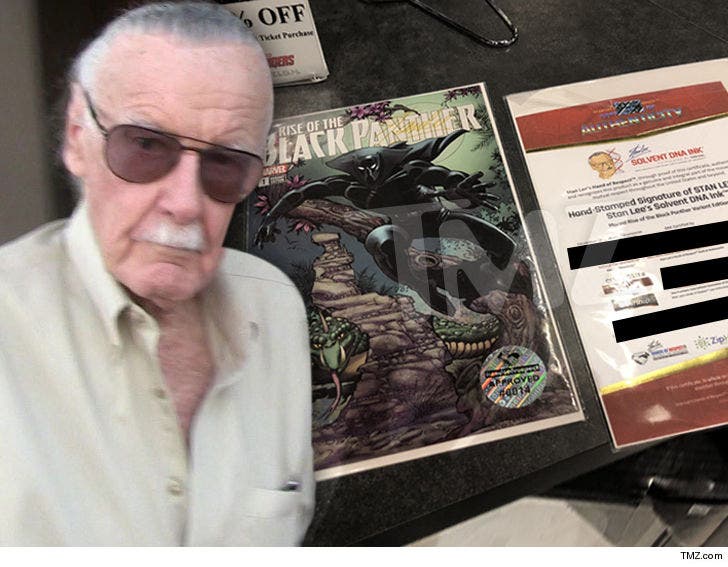 2:26 PM PT -- Evan Michailidis, a legal rep for for the Marvel Avengers S.T.A.T.I.O.N. tells us, "We’re a retail store which purchased product from Hands of Respect LLC and DLK Brand Consulting LLC that appeared certified and obtained with authorization. The books were removed from our shelves immediately."

Stan Lee's allegedly stolen blood is up for sale -- in the form of the Marvel legend's signature -- stamped on one of his biggest hits.

We've learned several 'Black Panther' comic books are currently available at the Marvel Avengers S.T.A.T.I.O.N. store on the Las Vegas Strip. Each edition comes with a certificate of authentication that details the item as a "Hand-Stamped Signature of STAN LEE using Stan Lee's Solvent DNA Ink." 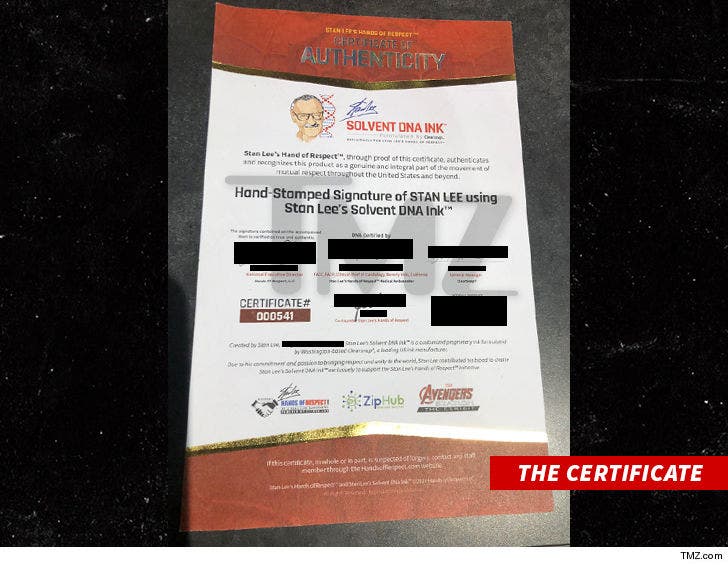 We broke the story ... Stan's friend and partner Keya Morgan discovered the 95-year-old's blood was allegedly stolen back in October after a former business associate presented Lee's nurse with fake docs that authorized that a sample be drawn.

Our sources say the nurse pulled enough blood from Stan for him to feel lightheaded and dizzy.

Stan's legal team is currently weighing its options to go after the former business associate who allegedly lifted Lee's blood. 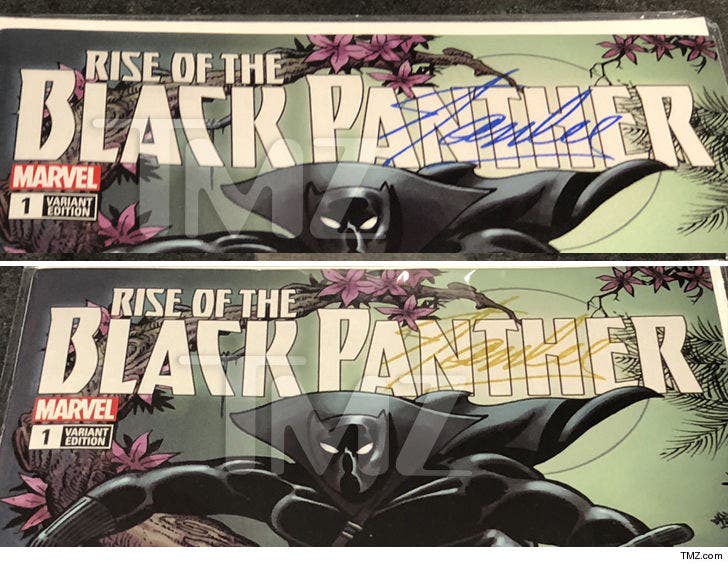