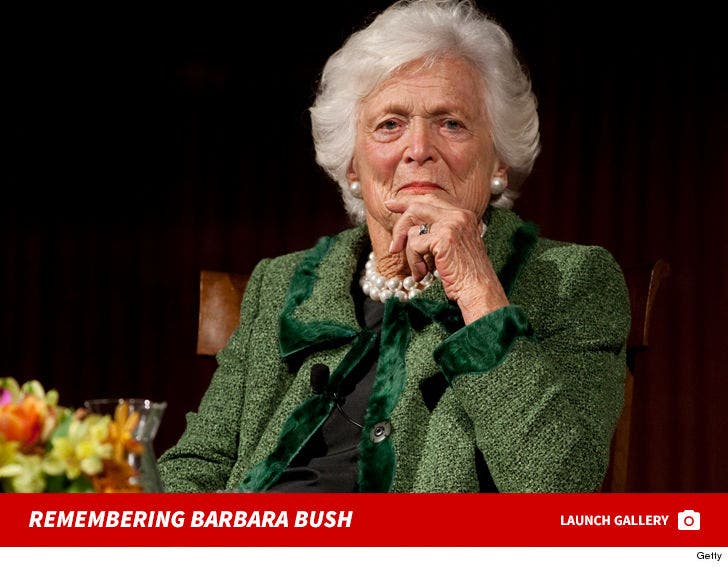 The former First Lady died at her home Tuesday surrounded by her family. She had suffered from congestive heart failure and Chronic Obstructive Pulmonary Disease (COPD).

Barbara decided herself when it was time to go, telling her doctors Sunday she chose to decline medical treatment in favor of comfort care.

Both Barbara and George were hospitalized in Houston in early 2017 for various health issues, but she was spry and all smiles with her husband for the Super Bowl 51 coin toss a month later.

Barbara served as First Lady from 1989 to 1993, but also as Second Lady for the 8 years during the Reagan administration. She was known for working to make advancements in universal literacy, and founded the Barbara Bush Foundation for Family Literacy.

She's survived by her husband, 4 sons -- including George W. and Jeb Bush -- a daughter ... 17 grandchildren and 7 great grandkids.

The White House released a statement shortly after the announcement of her passing, saying, "She will be long remembered for her strong devotion to country and family, both of which she served unfailingly well. The President and First Lady's thoughts and prayers are with the family and friends of Mrs. Bush." 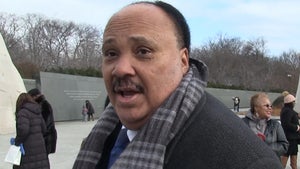