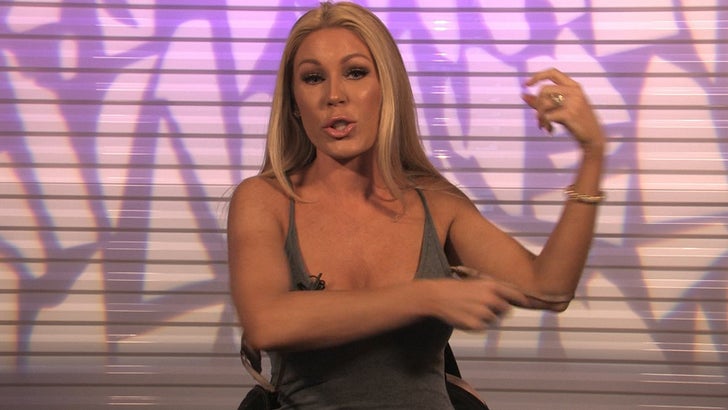 Gretchen Rossi shot down rumors she surgically enhanced her boobs by stripping down, and opening up ... about her struggle to get pregnant.

We spoke to the former 'RHOC' star Thursday about the flood of haters on social media claiming she'd either gained a bunch of weight and/or had a boob job. They were reacting to her appearance last week on Andy Cohen's "Watch What Happens Live."

Gretchen made it clear she has nothing to hide, and revealed what she calls her $50 boob job. Watch the video ... you'll get it. She also admits she has put on a few pounds, because she's getting hormone shots for IVF.

Gretchen and her fiance, Slade Smiley, are going through a second round of IVF, and she told us they're right in the middle of a critical stage.

The overall message to her haters -- step off, she's trying to get pregnant. Oh, and she buys really, REALLY good bras. 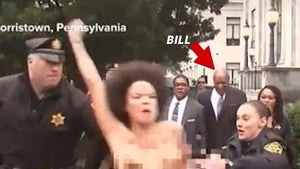