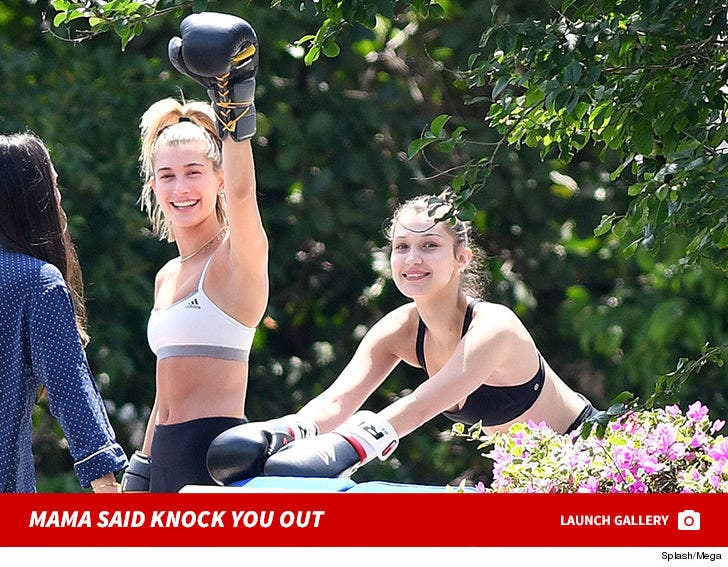 Bella Hadid and Hailey Baldwin got to thinking outside the box for their Sunday exercise -- and decided to throw on the old gloves for a kick-ass workout.

The two models were spotted throwing punches Sunday at David Grutman's house in Miami Beach -- not at each other, but at a trainer who was with them. It was quite the scene -- a couple of hotties working up a sweat, surrounded by some lovely garden scenery. The girls have been living it up in Miami, going to Planta restaurant the night before in South Beach and also Story Nightclub.

The two runway pals recently hung out for Gigi Hadid's golden birthday party last week -- when she turned 23 on the 23rd of April. They were turning heads there, too. Sunday's demonstration proved to be no different.

Count us in for 12 rounds of this. 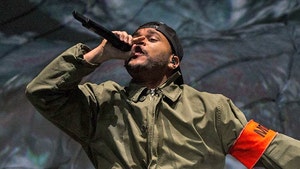 The Weeknd Just Enjoying The Single Life At Coachella 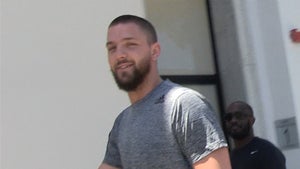 NBA's Chandler Parsons Says Playboy Days Are Over, 'But I Had a Hell of a Run'