Daz's video putting gang members on alert for Kanye is the most severe and violent reaction yet to Ye saying he loves President Trump and calling him his "brother." Daz says Kanye is essentially saying, "I'm with you mastah Trump. Burn all these n***ers."

He goes on to make a comparison to "Django Unchained" -- before flat out saying any Crips out there need to "f*** Kanye up."

Nothing funny about the call for violence, but Daz did make a Calabasas geography screwup that's pretty laughable. 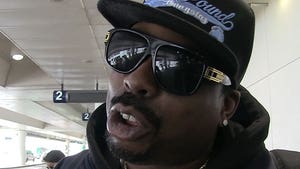