Danielle Bregoli called David Spade an "ugly ass" to his face and David fired right back at her ... all part of her new music video for her hit song, "Gucci Flip Flops."

Danielle -- aka Bhad Bhabie -- just dropped the vid featuring Lil Yachty, and Spade as the milk man. Danielle's taken shots at Iggy Azalea in one of her tracks, and went surgical on a faux Kylie Jenner for her "These Heaux" vid ﻿... but this is the first time she's scored a big-time celeb to cameo with her.

Spade and Bhabie have some history. If you forgot, back in May 2017, David posed with Danielle for a pic and posted this caption on IG:

Danielle clapped back saying she thought David was the waiter. That was actually pretty hilarious.

Anyway, it's all water under the bridge. We're told Danielle kept in touch with David via social media and reached out to him for the role in her music video.

Good thing she did ... they're both pretty funny here. 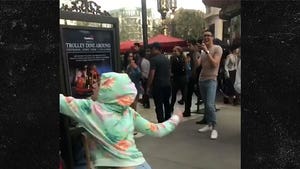 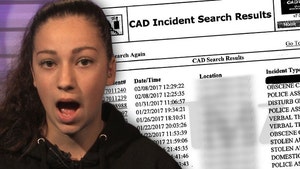