Mac Miller's G-Wagon almost knocked a utility pole over, and based on this video from the accident scene ... he and his 2 passengers are lucky to be alive.

A photog was on the scene around 1 AM Thursday in the San Fernando Valley ... shortly after Mac's luxury SUV slammed into the pole. You can see the airbags had deployed. As LAPD surveyed the damage, one of Mac's friends said he needed to retrieve clothing from the front seat.

TMZ broke the story ... the rapper was later arrested for DUI and hit and run. Although, his friend was still on the scene ... Miller had fled and gone home. Police went to his home, and he admitted he was driving drunk. 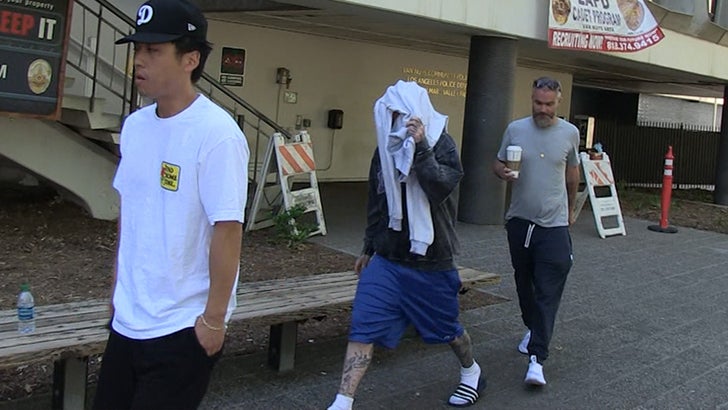 Mac was mum about the circumstances surrounding the accident when we got him leaving jail Thursday morning. 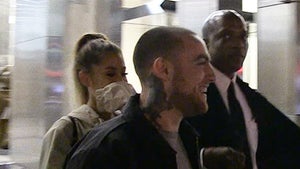 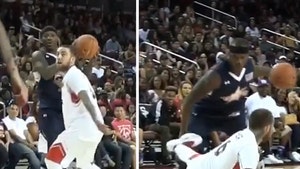