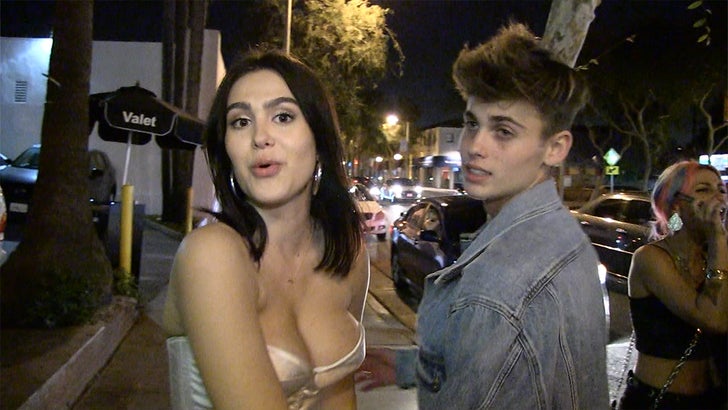 Amelia Hamlin, the daughter of 'RHOBH' star Lisa Rinna, caught a ton of flak for her sexy and busty prom dress ... but she says she was just showing off what her mama gave her.

Amelia's only 16 and many thought the dress, which highlighted her cleavage, was too revealing for someone her age. Amelia laughed it off when we asked her about it Thursday night in West Hollywood, and so did her British boyfriend, who defended Amelia with some British charm.

Our photog seized the opportunity and asked about the reportedly $87 million price tag on the weekend's Royal wedding ... and Amelia's bf put that in perspective too. He's a keeper. 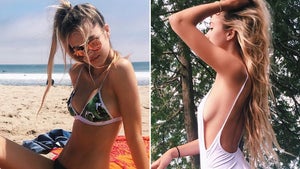 Lisa Rinna, Harry Hamlin -- Look What We Did (PHOTO GALLERY)