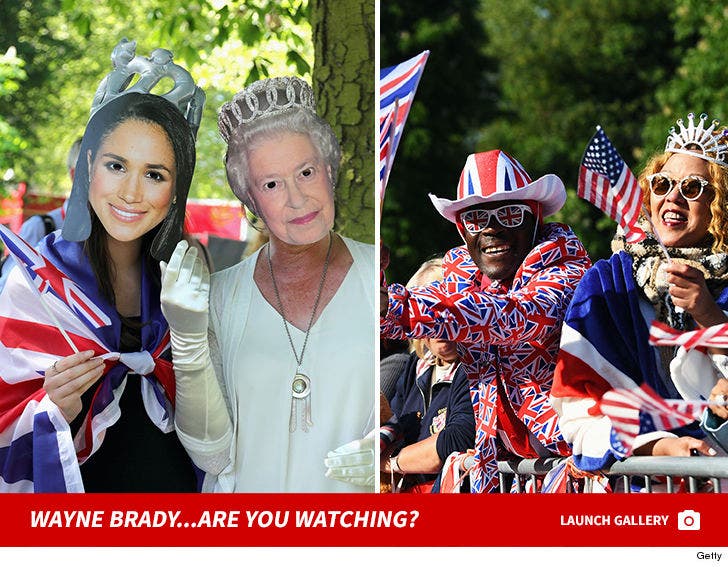 While the pageantry was in full force inside Windsor Castle ... outside it was a big 'ol party with some bizarro getups.

Check it out ... a combo of British duds that would shock even Elton John, and a touch of Americana that looks like a 4th of July BBQ.

Tens of thousands of people lined the streets craning their necks for a glimpse of the newlyweds. By the way ... interesting in these times Harry and Meghan rode by everyone in an open coach.

Here's the good news. For the freaky lookin' ones who were too far back to see anything, we believe producers from "Let's Make a Deal" were watching so they may end up on "The Big Deal of the Day." 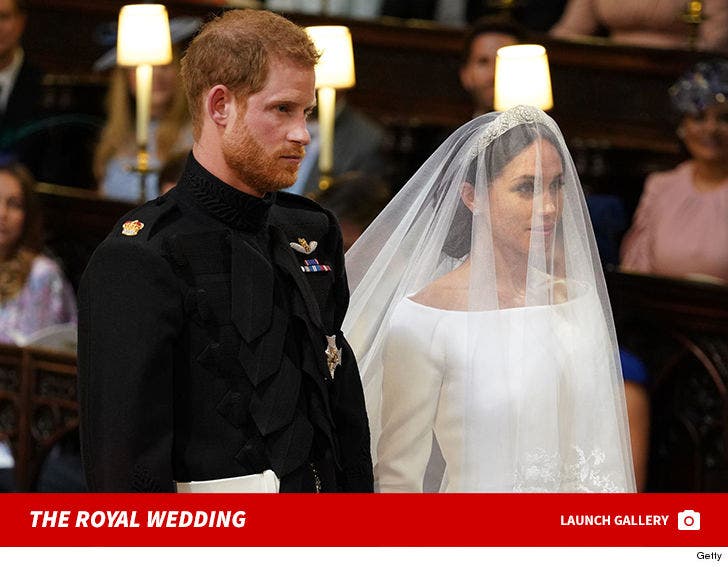 Party All The Time Tying The Knot Royal Wedding 2018