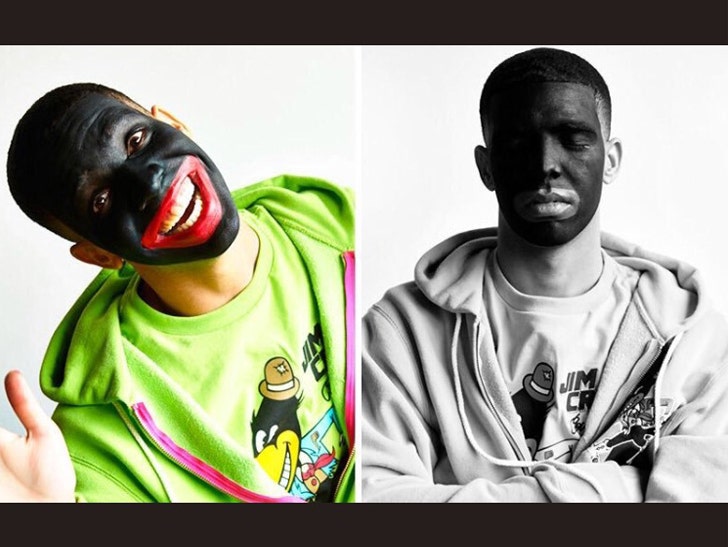 Drake is firing back at Pusha T, but this time it's not with a song ... it's his explanation for the blackface photo Pusha used to promote his vicious "Story of Adidon" diss track.

Drake says the image was not used to promote a clothing brand -- as Internet rumor had it -- but, instead, it was his way of taking a shot at Hollywood's treatment of black actors. He said it's from 2007 when he was "working on a project that was about young black actors struggling to get roles, being stereotyped and type cast."

He continued, "The photos represented how African Americans were once wrongfully portrayed in entertainment."

Drake says he and a friend, who's also black, were trying to bring attention to the issues they faced during auditions, and their "frustrations with not always getting a fair chance in the industry."

Drizzy also acknowledged all the buzz about his and Pusha's beef, saying ... "I know everyone is enjoying the circus."

So, there's one of the answers PT wanted. Question is ... when, and how, will Drake respond to the scores of other shots in Pusha's track?