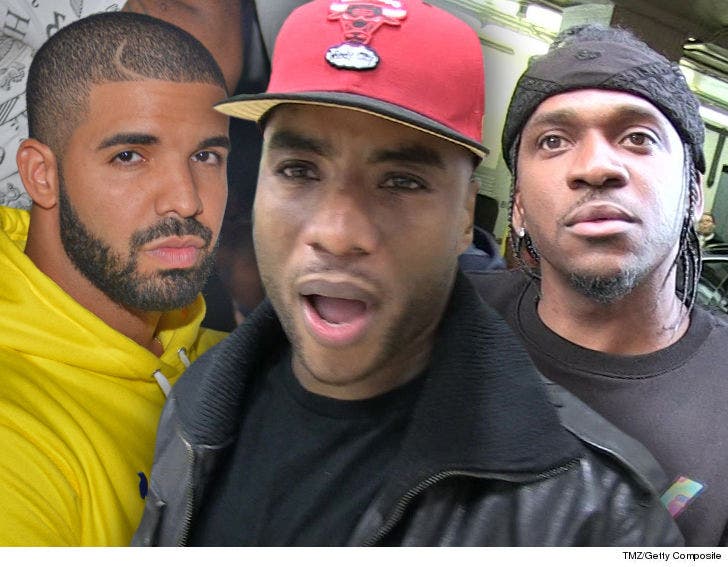 Pusha T says he has no regrets about hitting Drake with some very low blows about the child he had with an ex-porn star and taking a pic in blackface.

Push spoke with Charlamagne tha God, Angela Yee and DJ Envy on "The Breakfast Club" early Wednesday after dropping his epic diss track, "The Story of Adidon." PT claims Adidon is the name of Drizzy's upcoming Adidas line, and also a reference to his alleged son's name, Adonis.

Push says Drake was asking for all his tea to get spilled because he dragged Pusha's fiancee into the beef. Drake name-checked her in his response diss track, "Duppy Freestyle" -- so, basically, all bets are off now ... the way Pusha sees it, anyway.

It's clear he doesn't think he crossed the line with any of his attacks -- which included making fun of Drake's longtime OVO producer, Noah "40" Shebib, for having multiple sclerosis. In fact, Pusha told the 'Breakfast Club' he's demanding answers for Drake's blackface photo shoot, which is real.

He might not get answers, but we're sure there's a response brewing at OVO HQ.