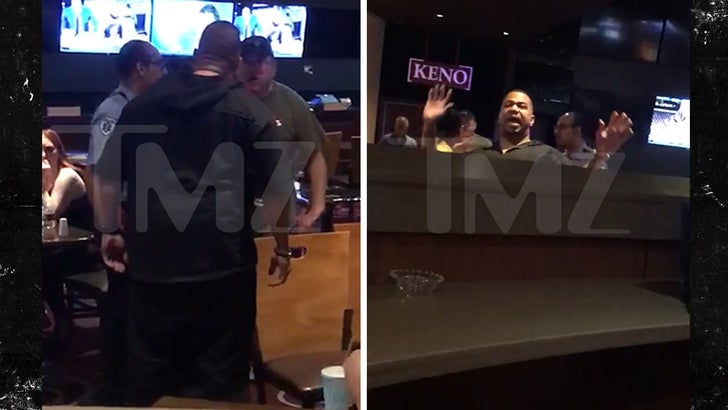 Omar Gooding went ballistic on a guy who called him out for allegedly treating a restaurant employee poorly because his pizza was taking too long ... according to witnesses on the scene.

Cuba's bro went on an angry and homophobic tirade around 3 AM at a food court/bar area of Rio in Vegas, and in the vid -- obtained by TMZ -- he's seen challenging the man, who claims to be a cop, to arrest him.

The "Family Time" actor drops some very anti-family friendly F-bombs and shouts the other homophobic F-word twice -- and also calls him the offensive term "retard" -- while security shows up to diffuse the situation.

We're told Gooding was getting pizza, but began degrading the worker for taking too long with his order. That's when the man with the hat stepped in and told Omar to calm down ... which set him off.

Omar tells us ... it was late and his food was late, so "who wouldn't be a little impatient?" He says apologies were handed out from all sides, including from the guy who tried to be peacemaker, and "by no means am I a hater or homophobic." Omar adds ... "My apologies for the offensive language, but that does not define who I am ... we calmly communicated, worked it out and all was forgiven."

We're told though security checked in on the situation, no report was taken and there were no arrests. 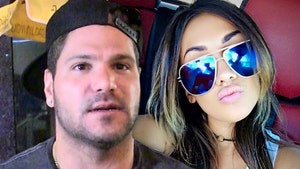