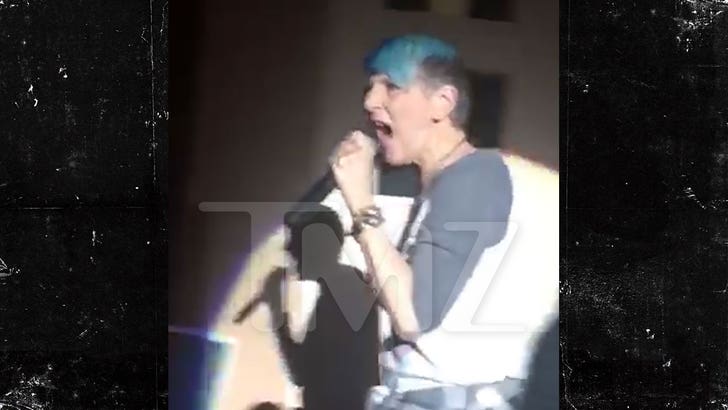 Insult comic Lisa Lampanelli went nuclear on a fan who tried to give her $100 to shut up in the middle of one of her gigs.

It went down Sunday at the San Jose City National Civic center. Unclear what Lisa had said that ticked the guy off, but Lisa offered to give him his money back for his ticket. Instead of taking her up on the offer, the guy handed her a hundo to "shut the f**k up," which ... let's just say didn't smooth over the situation.

It all went downhill from there. People who were there tell us Lisa then went postal on the crew manning the lights, and then went on a tirade after someone from the balcony called her a c**t.

Despite all the heckling, a source for Lampanelli tells us she finished her whole set.

Lisa Lampanelli You Might Want to Rethink Money Exclusive