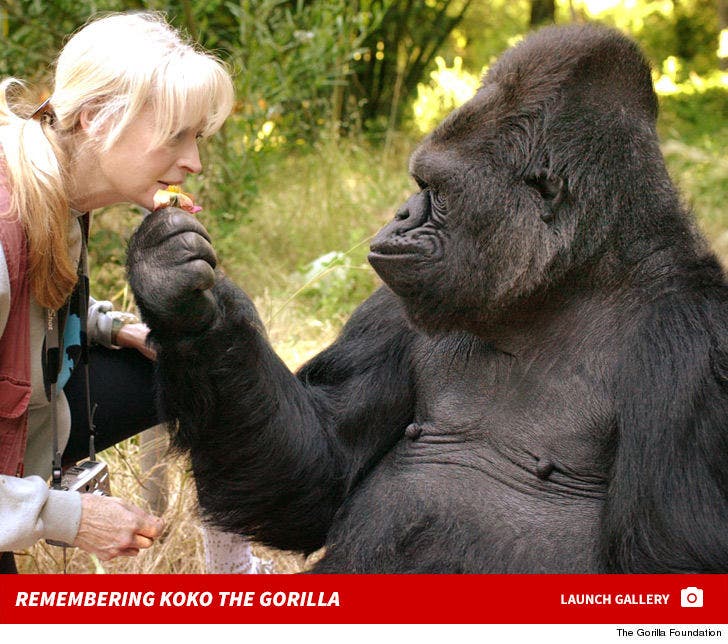 Koko, the famous gorilla who made several celebrity friends, died in a California preserve on Tuesday.

The Gorilla Foundation says she died in her sleep at the organization's preserve in the Santa Cruz Mountains of Northern California.

Koko, a western lowland gorilla born at the San Francisco Zoo, gained fame in the '70s and '80s after Stanford University researchers taught her sign language. She mastered it, too ... using 1,000 words to communicate with humans -- and was able to understand 2,000 words of spoken English.

She was featured in National Geographic twice, and was the magazine's cover girl in 1978. The cover shot was a selfie she took in a mirror. 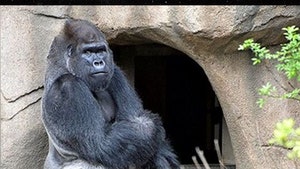