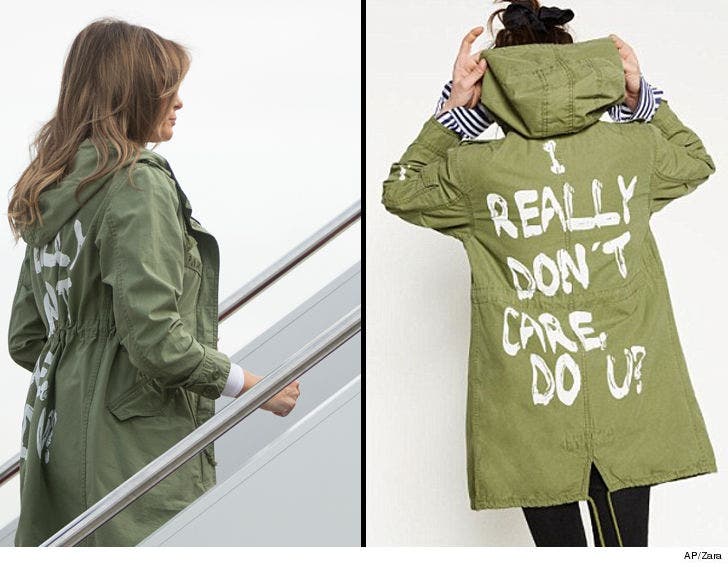 Melania Trump's getting destroyed on social media for wearing what most would consider a tone-deaf jacket ... considering she wore it on her way to visit child detention centers in Texas.

As she boarded the plane Thursday in D.C., Melania was rocking a green trenchcoat with bold lettering on the back that read, "I REALLY DON'T CARE, DO U?" It's a ZARA jacket that retails for about $40.

The First Lady made a surprise visit to McAllen, Texas ... where hundreds, if not thousands, of immigrant children are being held after they were separated from their parents crossing the border. Melania said she was there to help reunite children with their families.

No one's gonna argue with her decision to make the trip, but her wardrobe selection's a whole other story.

FLOTUS' spokeswoman, Stephanie Grisham, has said, "It's a jacket. There was no hidden message. After today's important visit to Texas, I hope the media isn't going to choose to focus on her wardrobe."

It's true ... there's nothing hidden about the message. 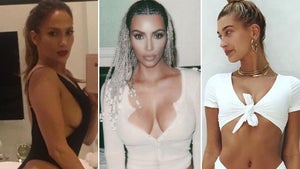