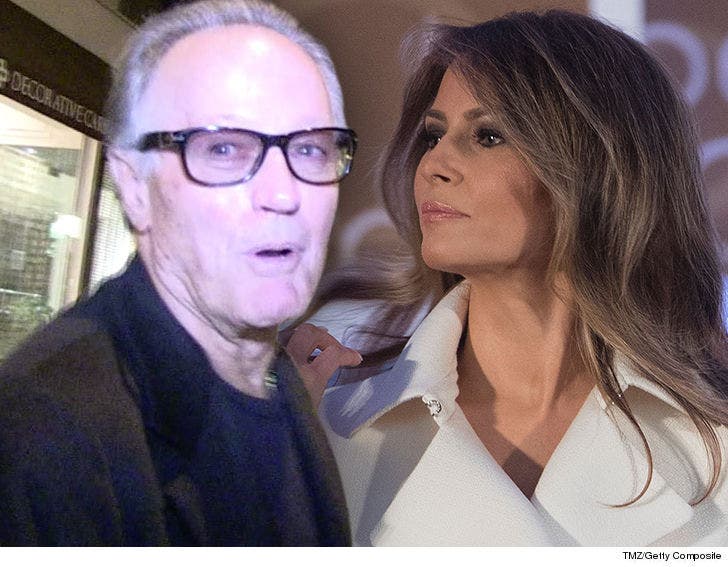 1:26 PM PT -- Fonda just apologized for the tweet, saying, "I tweeted something highly inappropriate and vulgar about the president and his family in response to the devastating images I was seeing on television."

He continues, "Like many Americans, I am very impassioned and distraught over the situation with children separated from their families at the border, but I went way too far. It was wrong and I should not have done it. I immediately regretted it and sincerely apologize to the family for what I said and any hurt my words have caused.”

8:15 AM PT -- Donald Trump Jr. responded to Fonda, calling him a coward who should stop bullying 12-year-old Barron and "pick on someone a bit bigger. LMK."

Yes, 40-year-old DTJ is essentially challenging 78-year-old Fonda to a fight. Welcome to 2018.

Peter Fonda's so fired up about the children in detention camps he might have just crossed a dangerous line ... by suggesting Melania Trump should be separated from her child.

The Oscar winner said, "We should rip Barron Trump from his mother's arms and put him in a cage with pedophiles and see if mother will stand up against the giant a**hole she is married to." 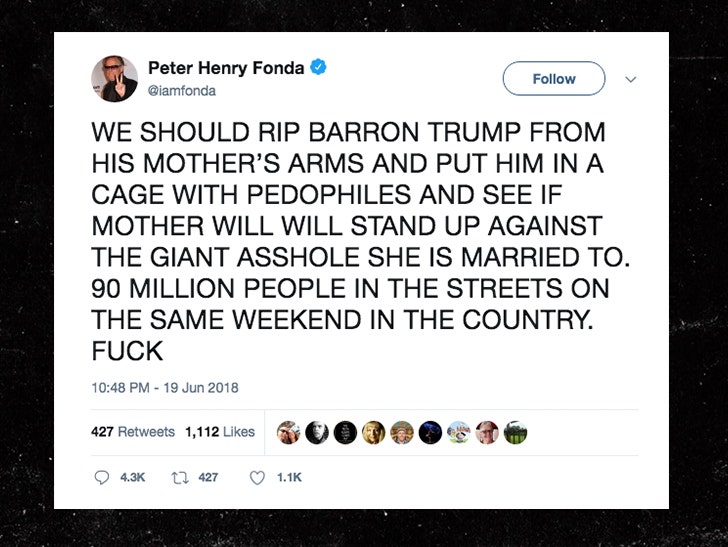 He's clearly echoing the sentiment of millions of outraged Americans, but suggesting violence against the First Family will most likely land you on a list somewhere in D.C.

Fonda's on one, for sure. He also referred to Trump adviser, and reported mastermind of the detention camps, Stephen Miller, as "Stephen Goebbels Miller" ... and insinuated young girls in the camps are being harmed.

Don’t let the pedophile Stephen Goebbels Miller near those girls separated from their parents. Trump, Sessions, Nielsen, WHERE ARE THE GIRLS? Their health and safety are in your hands and WE ARE ALL WATCHING

Connecting Miller to Nazi leader Joseph Goebbels has pissed off some people ... since Miller is Jewish.

Fonda -- who's calling for 90 million Americans to protest in the streets this weekend -- is no longer the "Easy Rider." Not today. 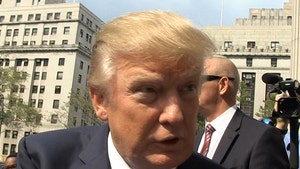