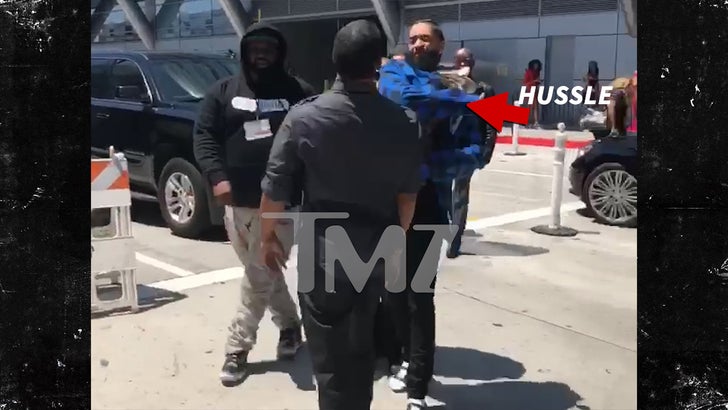 6/25 -- Law enforcement sources tell us Nipsey Hussle has officially been named a suspect in a battery investigation for the incident.

Nipsey Hussle unleashed a vicious slap on a man's face in the middle of an argument over where he could park his whip ... and it's all captured on video.

Check it out, the L.A. rapper's in the street outside the venue for Sunday night's 'BET Awards' when he gets into with another guy. We're told the issue was whether or not Nipsey could move some cones and drive through a restricted area.

Tempers flare, and after the guy smacks a traffic cone out of the hand of Nipsey's bodyguard ... Hussle unloads a hard right slap.

A law officer immediately grabs Nipsey to keep the fight from escalating ... and then he gets back in his car. 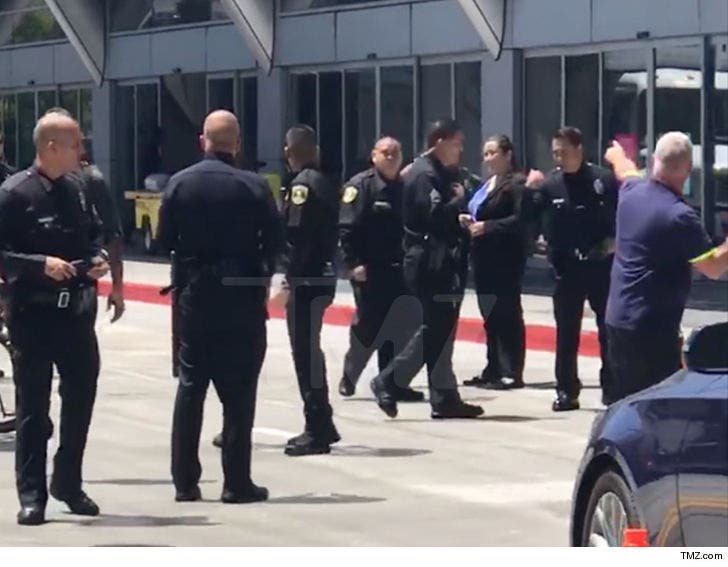 We're told the reason for the tussle was Nipsey was late for a rehearsal and thought he could drive past the cones ... but security tried to stop him. It's unclear if any reports or arrests have been made. 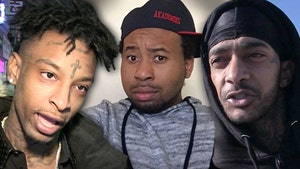