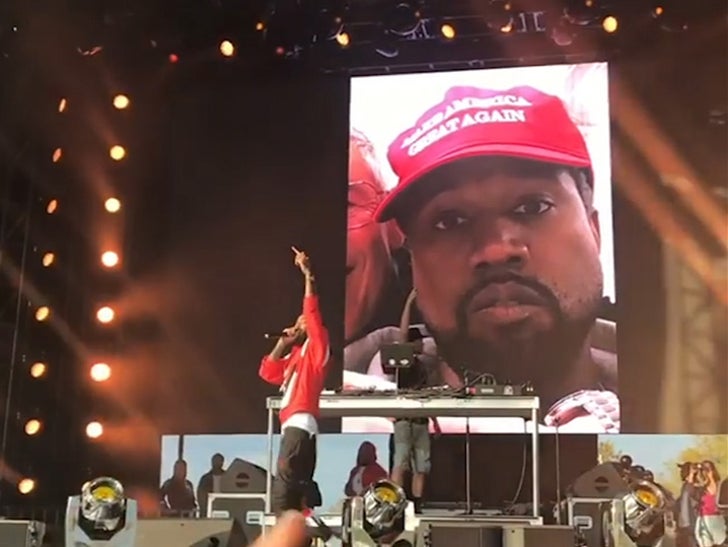 Nipsey was performing Saturday for the Broccoli City Festival in D.C., where he played his and YG's song "FDT (F*** Donald Trump)" toward the end of his set ... using Kanye's MAGA photo as a backdrop. Some people in the audience seemed to be down with it.

As we've reported ... Kanye has much of the music world divided over his love for the Prez. Macy Gray had something to say about it, as did Janelle Monae and John Legend. John and Kanye appear to continue being pals, though, despite their differences.

Not sure the same can be said for Nipsey and co. Screaming out "F*** Donald Trump" with Kanye in the back isn't exactly what we'd call subtle. Then again, Nipsey isn't really a subtle guy. 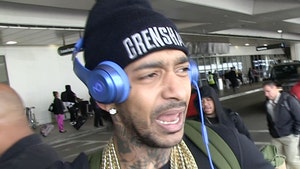 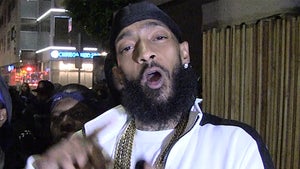 Nipsey Hussle's Armored Truck Towed, He Says Cops Have it Out for Him