Jay-Z and Blue Ivy took a breather from the On the Run II Tour with some QT in Berlin Friday, and one part of their usual entourage was noticeably absent.

We usually don't see Jay and Blue without Beyonce -- but Dad seemed to have things under control while chilling in a park. The father-daughter duo even dressed similarly ... tracksuits, sneakers and white tees.

Even on a day off from work -- Bey and Jay play Saturday in Poland next -- Blue and her pops had to travel with plenty of security to stop fans from swarming in the park.

Looks like Blue also had a friend in tow. Pretty sure she's got carte blanche to bring whoever she wants on tour. 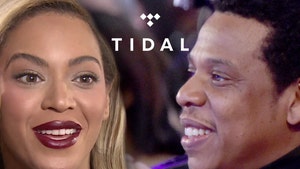 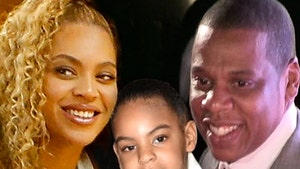