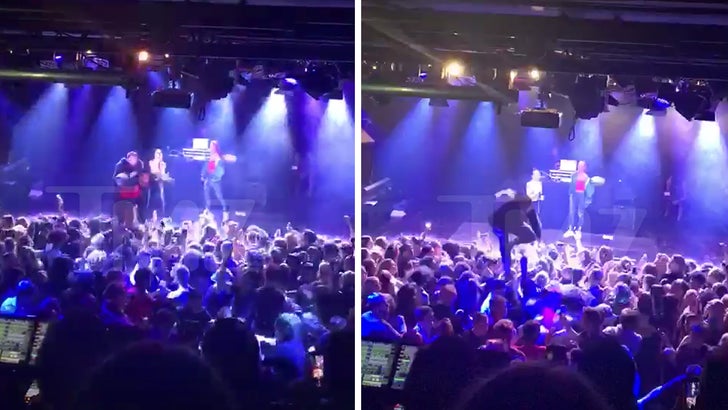 Danielle Bregoli's bodyguard sprung into action like a caped crusader, flying over the crowd after someone tried to crash the stage during her show in Amsterdam.

Danielle, aka Bhad Bhabie, was in the middle of her XXXTentacion tribute Thursday night when a fan rushed the stage and then, seconds later, dove off in one of the more graceful leaps on record.

Enter Frank, Danielle's bodyguard, who was on the stage crasher's tail. Frank took his own leap ... more of a cannonball -- he took out a whole section of the crowd.

We’re told Danielle wasn't really startled because her security is trained to kick off stage crashers ... exactly what Frank did. 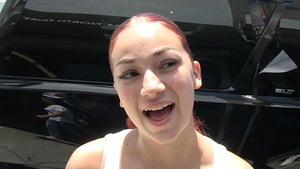 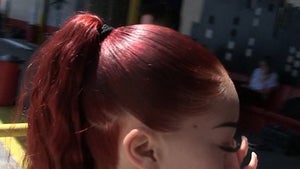 XXXTentacion Danielle Bregoli You Might Want to Rethink Exclusive Music