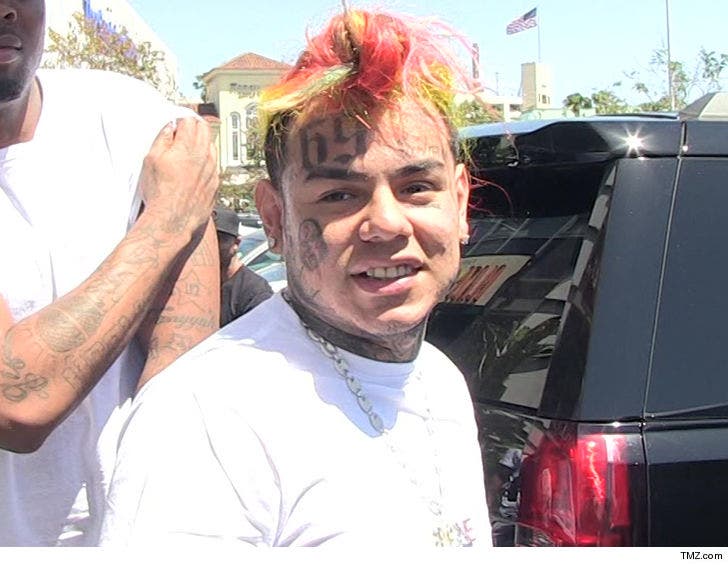 Tekashi69's feeling so good about being out of the slammer, he says he's starting up a soccer league for the community ... and it looks like he's paying the players!

The rapper just shared a vid on Instagram -- he's all smiles as he claims he started a league right after being released from jail ... and hands out $20 bills to about a dozen youngsters, and even some parents.

At one point someone yells out "Bail money!" ... which might be true.

We broke the story ... 6ix9ine got sprung from his Rikers Island cell Friday after his lawyers scored him a deal, with the catch being he MUST surrender Monday in Harris County, TX to pay $5,000 bail there.

Tekashi was arrested in NYC earlier this week for an outstanding warrant out of Harris County, where he allegedly choked a 16-year-old back in January.

Looks like now he's trying to show he's got nothing but love -- and money -- for kids.