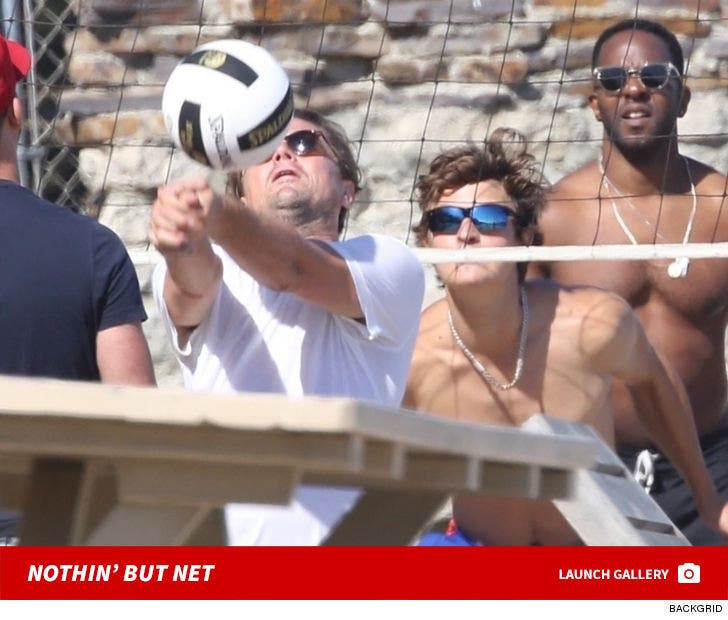 Leonardo DiCaprio is a beast on the beach volleyball court ... and so is Ansel Elgort, judging by the game they had Sunday in Malibu.

The two actors squared off in an intense match at the beach ... intense enough that Ansel not only played shirtless, but had to cool off afterward in the water.

No word what brought 'em together -- Ansel's nearly 20 years younger than Leo, so they're not exactly peers, and they're not costarring in anything at the moment. Leo's currently filming Quentin Tarantino's "Once Upon A Time In Hollywood" ... about the Charles Manson massacres in L.A.

Looks like this is his new thing -- Leo's been brushing up on his v-ball skills all summer. 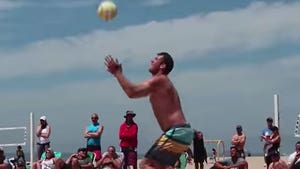 Luke Walton Is A Beast At Beach Volleyball, Seriously 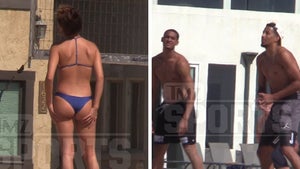