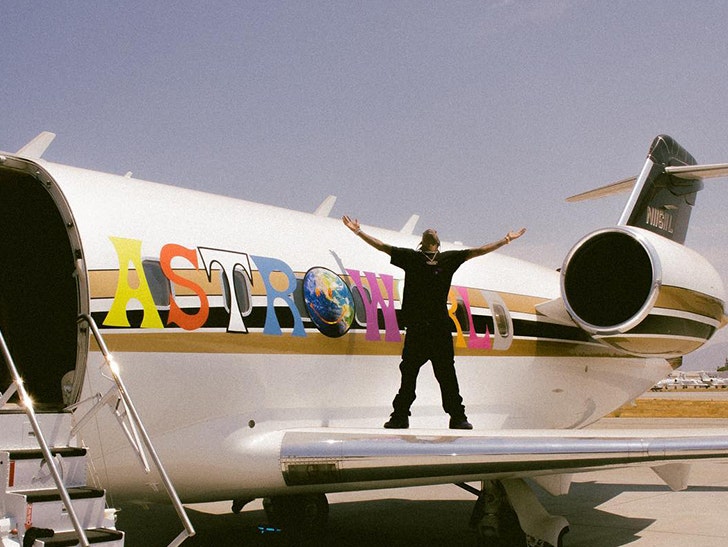 Travis Scott celebrated the release of his new album like a world-class baller ... by promoting it all the way up to 35,000 feet.

Travis not only booked a private jet to take him and his crew to the "Astroworld" release party in Chicago Thursday night -- he got his ride a custom wrap job to match.

Scott's team hit up a private jet company in Van Nuys for the special occasion, which provided a Challenger jet for the rapper and up to 8 more of his peeps for their travels.

We're told the private charter company also did the "Astroworld" wrap job, which costs around $30k. If that sounds pricey, it's because it's made of special material requiring FAA approval -- it's not your typical car wrap.

As we've told you ... Travis' new album -- which dropped Friday -- has already been a source of controversy, but not because of the music. Clearly, he's not letting it bring him down. 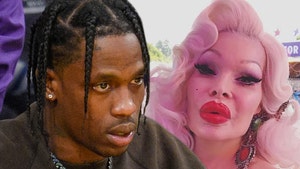 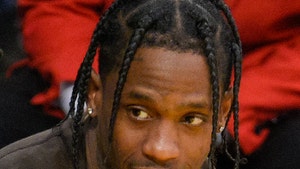