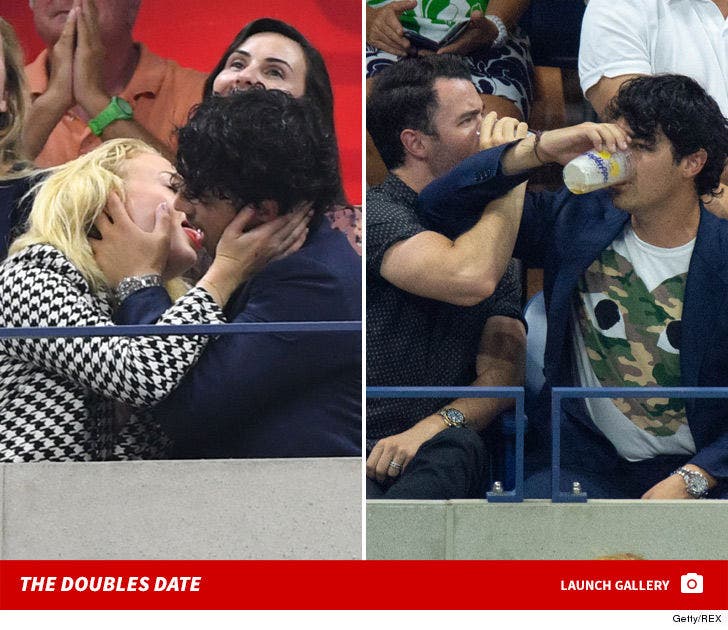 Forget Roger Federer ... the real show at the U.S. Open was in the stands -- where Joe Jonas was slammin' beers and making out with his smokin' hot fiancee, Sophie Turner!

Joe and Sophie were on a double date at Arthur Ashe stadium in NYC with his bro Kevin Jonas and his wife Danielle -- when they decided to screw with the photogs by putting on a show in their VIP box.

There was some fake tongue action -- and very REAL beer drinking ... including a moment where the Jo-Bros linked arms, chugged and then busted out the FLOSS dance!

Earlier in the weekend, Sophie stuffed a seat pad under her shirt to goose some reporters into going with a pregnancy story. It didn't work, as most pregnant women don't have square baby bumps. 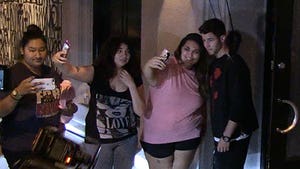 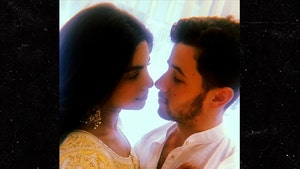