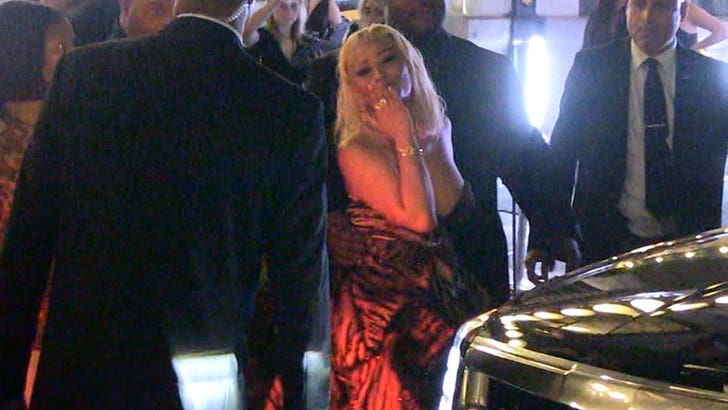 Nicki Minaj was clearly not the worse for wear as she left the Plaza hotel in NYC Friday night, after her epic showdown with Cardi B.

Nicki looked unfazed as she sauntered to her SUV, blowing kisses to the crowd.

TMZ broke the story ... Cardi attacked Nicki -- at least she tried -- and ended up with a big ol' lump on her forehead.

Nicki was cool as a cucumber during the confrontation ... never leaving her seat at the table during the Harper's Bazaar party during New York Fashion Week.

Cardi said after the fight, she had it up to here with Nicki, and the final straw seemed to be Nicki questioning her fitness as a mother. 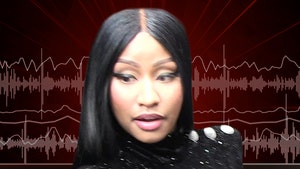