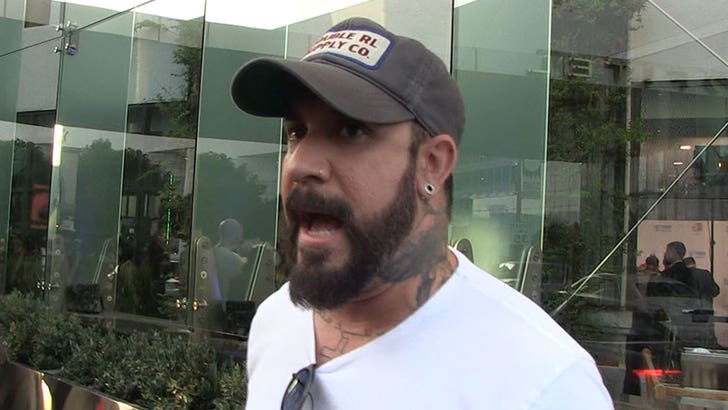 AJ McLean says Mac Miller's death was premature and tragic -- and he hopes more deaths can be prevented with a potentially life-saving measure he'll be rolling out soon.

We got the Backstreet Boys member in Bev Hills where he was participating in the Ante Up! for a Cancer Free Generation poker tournament -- which raises money for cancer research -- and he gave us his thoughts on Mac dying Friday from an apparent overdose.

While he's never met Mac himself, it's clear AJ's shaken up over his passing -- explaining people need to realize how big an issue drug addiction really is ... and how to overcome it.

He then tells us about a new detox kit he's working on that he says will help people kick drugs safely ... particularly, opioids. AJ says his kit includes non-narcotic medication -- unlike other drugs often used in opioid treatment, like methadone -- that won't get 'em hooked.

It's unclear at this time if Mac's death is drug-related, although cops firmly believe it is. An autopsy and toxicology tests are pending to determine the official cause of death.