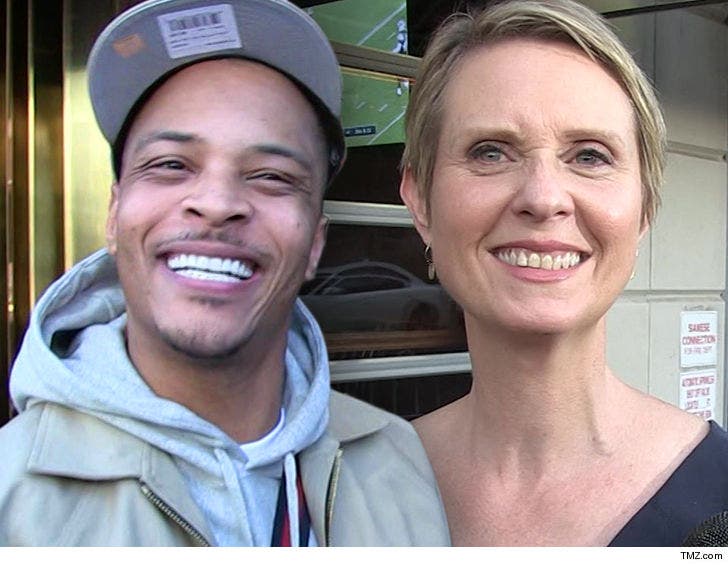 T.I. is so high on Cynthia Nixon's political platform -- at least the marijuana parts of it -- and vows she's got his vote for governor, even though he doesn't know who she is ... and can't possibly vote for her.

The rapper shouted out the NY gubernatorial candidate for her stance on legalizing marijuana -- in fact, he called her "brilliant." However, he also added ... he doesn't have a clue who she is. Guess Tip isn't binge-watching "Sex and the City."

Thanks for the support, @Tip! BTW: My name is Cynthia, and I am going to be the next Governor of New York. Please encourage your friends out here in the Empire State to vote this Thursday, 9/13! https://t.co/jd5x6gQP5B

Basically, Cynthia says it's important to legalize Mary J in NY because it's a multi-billion dollar industry -- that's a lot of GREEN -- and because blacks and latinos have historically been penalized for toking up more than whites.

T.I. can't vote Cynthia for New York governor -- he lives in Georgia, where ganja is still against the law -- but she made the most of it ... introducing herself and asking him to spread the stoner word.

Cynthia is battling incumbent Andrew Cuomo in this week's Democratic Primary, but sounds like T.I. would love to see her go Green Party.