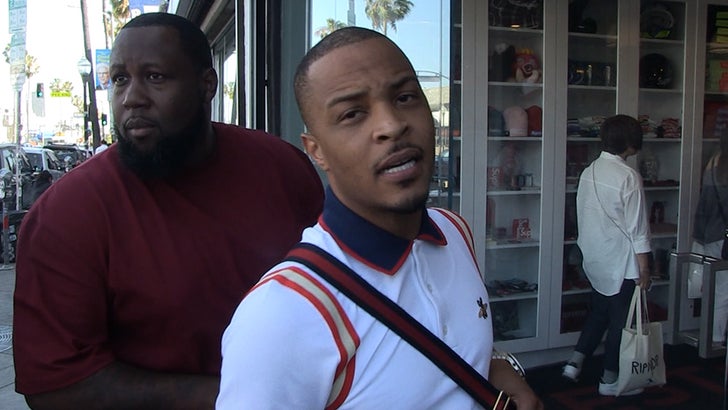 T.I.'s on board with Kim Kardashian West ﻿lobbying President Trump on prison reform ... a feat he applauds, because someone needs to talk some sense into him.

We got Tip out in Bev Hills on Thursday and asked him about Kim K's White House visit with POTUS earlier this week. As we reported ... Kim's been in talks with Ivanka Trump and Jared Kusher to get Alice Marie Johnson's life sentence commuted.

Check it out ... T.I. says as long as Kim K has her facts, it's a good start in getting a dialogue going at 1600 Pennsylvania Ave. T.I. feels strongly ... he would never have such a meeting himself and thinks Meek Mill did the right thing bailing on Trump last month ... because they'd just be selling out.