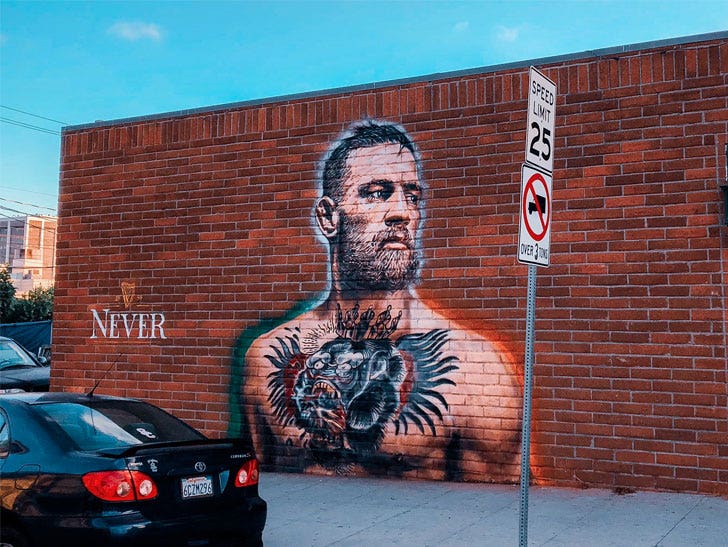 If $50-100 million and an escort from Drake weren't enough, the UFC superstar now has an epic mural outside an Irish pub ... 5,000 miles from Dublin. 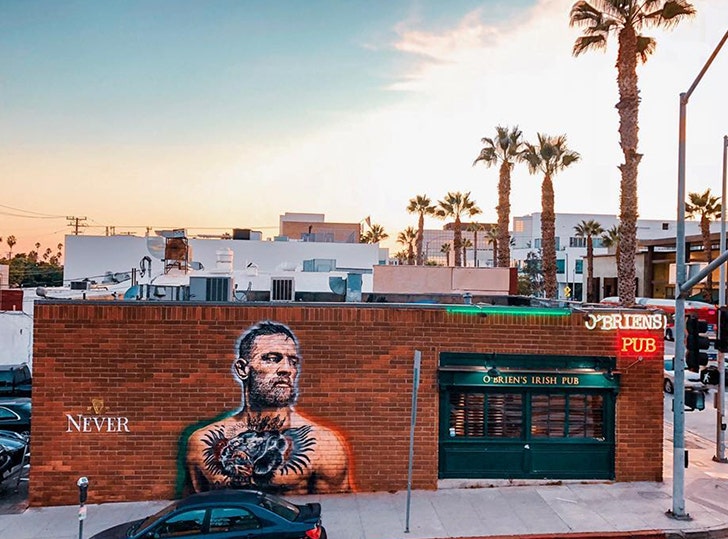 Jonas tells us the super realistic mural took him about 18 hours in total to paint over the course of 3 days.

The best part ... Jonas says Conor's biz partner got word of the painting and sent over several cases of the impossible-to-get Proper Twelve whiskey ... which they plan to crack open Saturday night during UFC 229.