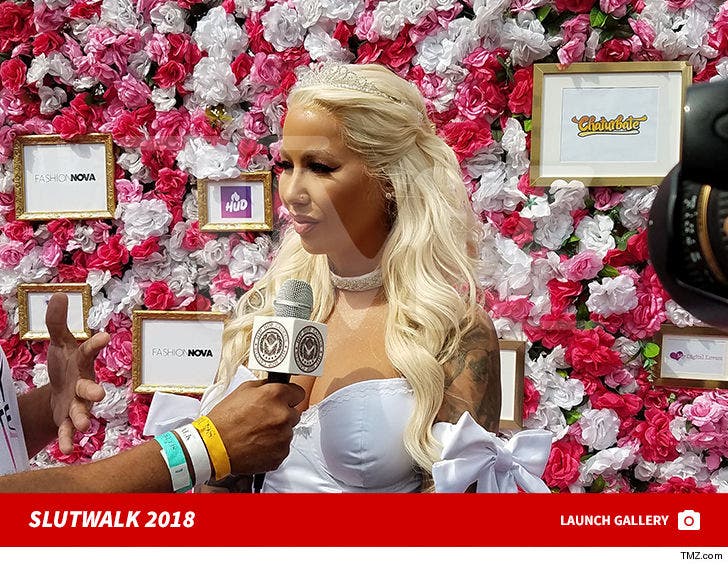 Amber Rose's 4th annual SlutWalk is underway, with hundreds of women -- and men -- taking to the streets to march against rape culture ... with no shame to their game.

Amber arrived for her women's rights event in Downtown L.A. rocking a white wedding dress, and was joined by fellow SlutWalkers in some very interesting costumes -- or lack thereof -- with plenty of signage speaking out against slut-shaming. 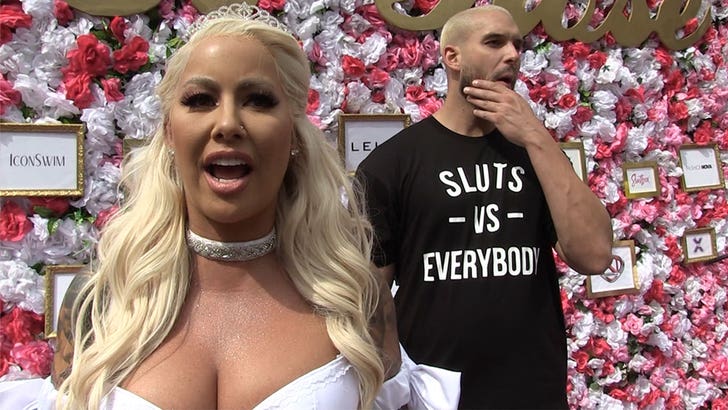 Attendees this year are also big on advocating for body positivity and to decriminalize sex work. Some of the notable signs include "Jesus Died for Strippers Too," "Sex Work is Real Work" and "Sex Workers are the Healers of Society" ... and many more.

Amber's event's taking some heat online for the mixed messaging, with people saying the original intent of her Walk 4 years ago was to protest rape culture ... and now it's lost focus.

But, Amber tells TMZ ... there are a multitude of issues facing women today, and they're trying to face as many as they can in a positive way.

Meanwhile, on the other side of the country, protests to Brett Kavanaugh being confirmed to the Supreme Court are happening ... and Rose says she wishes she could bring her Walk to D.C. to join the fight.

Maybe next year, but for now ... Amber has one final message for women -- don't let anyone get you down. 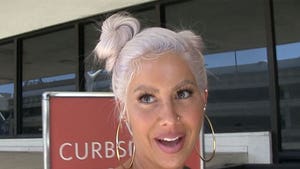 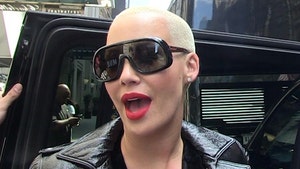